Not all of us will enjoy the same working environment that an award-winning actress can command, but we can still improve our lot. Here’s how.

British actress Julie Walters laughed as she remembered some years ago how she managed her menopausal hot flushes while working. “It was like a chimney that came from the base of my spine,” she said.

During each take while filming a TV show, there was a shout, “Stop! She’s having a flush!”

This sort of working environment – where menopause is openly discussed and accepted – is one that many women in Australia can only dream of. More often women silently deal with menopausal symptoms that can, for some, be unpleasant, unpredictable, and often embarrassing.

The symptoms are all too familiar – hot flushes, sweating, forgetfulness, difficulty concentrating, anxiety, and the tiredness caused by disrupted sleep. And they can go on for years. 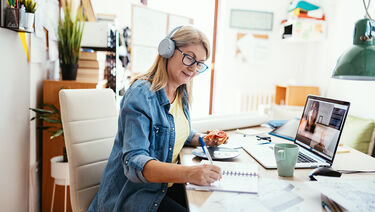 Menopause usually occurs between ages 45 and 55, arriving at a time when many women are in the prime of their working lives. Half of the world’s population experiences, or will experience, this biological change and yet, it is often not discussed in the workplace.

But a shift is happening. Last year Vodafone, which employs about 1500 people around Australia, committed to supporting its workers during menopause. This was in response to research which showed that nearly two-thirds of women who experienced menopause said it had affected them at work.

More than 5000 women across five countries were surveyed and a third of those who had symptoms said they hid them at work. Nearly half felt there was a stigma around talking about menopause.

But that may be changing, slowly.

There has been a cultural shift in thinking about menopause as a workforce issue. And it’s beginning to gain momentum around the world."

Kathleen Riach, professor in the Department of Management at Monash Business School

The success of the Menopause Information Pack for Organisations (MIPO) – a suite of free resources for workplaces to support women through ‘the change’ that was released in late 2019 – suggests this is correct. (Download it via the resource list below).

“It has been viewed 10,000 times across 52 countries,” says Prof Riach, one of the researchers behind its development. “It was never intended to be international. It was intended to focus on Australia only, but it has been accessed from all over the globe.”

Why we need change

While many women experience few problems during menopause, others are less fortunate. Perhaps fearing that they may be described as irrational or emotional or, even worse, sidelined, some choose to disguise their symptoms. Why?

Menopause is generally accepted as an undesirable life change, associated with the ageing process, the end of fertility, and symptoms that aren’t wanted. In the workplace women may fear speaking out as they may feel that their work colleagues or superiors may feel that they are unable to do their job and are ‘past it’.”

Shame is also a factor, according to Professor Martha Hickey, Chair of Obstetrics and Gynaecology at the Royal Women’s Hospital in Melbourne. She explains: “I think the shame issue is huge. Anything that has to do with women [often] has shame associated with it. Ageing also brings shame. For a woman to function at work while dealing with menopause and its associated links with ageing is very stressful.”

Despite the many scary stories around menopause, Professor Hickey insists that most women can do their jobs and the number who quit is small. There are no Australian figures available but research in the UK suggested that around 10% of women stop work altogether because of their severe menopausal symptoms.

“Hot flushes and night sweats are the cardinal [most relevant] symptoms,” says Prof Hickey. “It’s multiple awakenings at night which is the killer. Women are going into work tired, and this is particularly hard if they are doing shift work.”

However, she reminds us that menopause is a normal event and that most women are fine. “A minority will have troublesome symptoms and if they want them, there are treatments.”

Dr Elizabeth Farrell, medical director of Jean Hailes for Women’s Health, suggests that women should seek help from their doctor if they are struggling with menopausal symptoms at work.

“Workplaces could provide a list of dedicated websites and clinics where employees could see help,” she says. 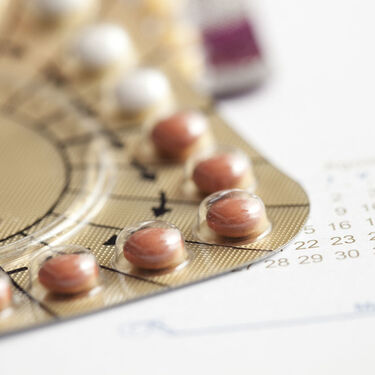 Dr Davison says it makes sense for menopausal women to be supported at work because they have a great deal of life experience and ‘corporate memory’.

While an understanding manager and workplace environment are important, she believes that women can also put their hands up and say they are not managing. “It’s about a bit of courage, knowledge, and wanting change.”

That can be a challenging ask of some women, especially those from different cultural backgrounds. “I think in these cases, it is important for employees when they raise it (menopause) to be really clear about how they feel it is impacting their work,” suggests Prof Riach. “For example, telling someone at work how your hot flushes impact your work is far more useful for a manager than simply telling them that you have hot flushes.

“They can’t do anything about the hot flush, but they can adapt the work environment and working conditions to help deal with the impact on work.”

There are a few strategies that can be considered. Management might provide more flexibility in working hours or allow more working from home, says Dr Davison. They might also reconsider night shifts or irregular hours – which can worsen sleep issues for menopausal women – and review some uniforms that can be bothersome for women who are flushing and sweating.

Women can also suggest some improvements. They might, for example, want temperature control or flexibility with start and finish times.

Research has demonstrated that the first conversation with a manager can make a big difference to a woman’s experience. “If the managers are trained to discuss the menopausal experience with women who come to them, if it is affirming and positive, then the woman will work throughout the menopause,” says Prof Riach.

We are not saying that every line manager should be a menopause expert. All that needs to be said is, ‘thank you for telling me and I’ll come back to you’, and then follow up with how they can practically support that employee. It’s at that moment that the woman gets the message that she is a valued employee.”

Kathleen Riach, professor in the Department of Management at Monash Business School

Learn more about menopausal symptoms on the Jean Hailes website.