‘Your Stories’ is a place for women to share their health stories with us, to help support and encourage other women to make their health a priority too. Here is Natalie’s story.

Only hours after she was told she would have to undergo a hysterectomy and forego all hope of ever getting pregnant, Natalie headed off to her friend’s baby shower.

She and her husband had been trying for 18 months to have a baby. The endometriosis that Natalie had been trying to manage since her teens derailed their dream and the subsequent hysterectomy sent her into early menopause in her early 40s.

My friends were all having babies, so I could hardly discuss menopause with them. I felt very alone. 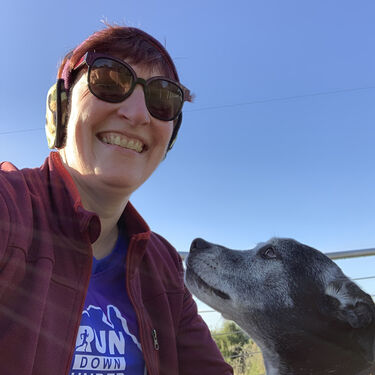 Natalie was suffering emotionally. Her inability to have a baby left her feeling like a failure. “I had failed at doing one of the things a woman is supposed to be able to do naturally,” she says.

The physical symptoms of the menopause, especially the hot flushes, were also becoming an issue. So, a friend who was a nurse suggested Natalie take a look at the Jean Hailes website.

Reading about other people’s stories was so helpful. It made me realise that I was not alone. I understood so many of the symptoms other women were talking about. I have lived with hot flushes now for 10 years.

“A lot of people think menopause lasts for only a short period of time. I didn’t realise there would be changes to my skin tone and to my weight,” says Natalie.

The comfort she drew from the Jean Hailes community made her want to pay it forward. She wanted other women – and men – to know about the organisation and its website with a wealth of valuable information. Last year, Natalie introduced some 50 of her co-workers, including 10 men – after all, they have wives, mothers, girlfriends and daughters – to Jean Hailes during Women’s Health Week. They gathered over lunch at the company’s Richmond headquarters, where Natalie is a health and safety officer. She also helped organise a second event at the company’s plant in Laverton.

Watch a video to learn more about the causes of and treatments for premature and early menopause:

If you’d like to share your story with Jean Hailes and inspire other women to make positive changes, get in touch with us at media@jeanhailes.org.au.

Support Jean Hailes's work and give the gift of keeping women well.