Sexually transmitted infections: what you need to know

Sexually transmitted infections (STIs) are spread by sex. Anyone can catch an STI, whatever their sexual orientation. Safer sex practices, such as using condoms and limiting your number of sexual partners, decreases your risk, but there's one thing for sure – even if you have unsafe sex just once, you're at risk of catching an STI.

You can't tell by looking at a potential sexual partner if they have an STI. A strong and healthy person may still be infected. Some people may not even know they are infected. You risk getting an STI from any partner who has had, or is having, unsafe sex with another person.

Stigmas around STIs still persist – that they supposedly only happen to promiscuous people or, simply, other people. That's not the case. Many women find it difficult to discuss STIs with their partners or doctors, or worry they may be judged for asking their doctor for an STI test. However, sexual health is a vital part of a woman's wellbeing, so it's important to talk about STIs – to understand them, know how they are spread, treated and, most importantly, how to avoid them.

There are many kinds of STIs, including viral and bacterial. Many have different symptoms and treatments. Some are easily cured, some are not – but the good news is that all of them can be treated and managed. Here are some of the main STIs:

A bacterial infection that is easy to cure, but tricky to notice. In most cases it shows no symptoms in women or men, but in men can cause urethritis and in women symptoms of vaginal discharge, pain during sex, bleeding between periods and pelvic pain.

Herpes I and II

The herpes simplex virus (HSV) has two main types, herpes I and II. Also known as oral herpes, HSV1 causes cold sores, while HSV2 is commonly associated with genital herpes, which
also causes blisters and ulcers. However, HSV1 can spread to the genitals through oral sex. There is no cure for the virus, but it can be well managed with medications. Some people with HSV never show any symptoms, so may not even know they have it and go on to unknowingly infect other people.

A curable bacterial infection that can be transmitted by a syphilis sore or rash. 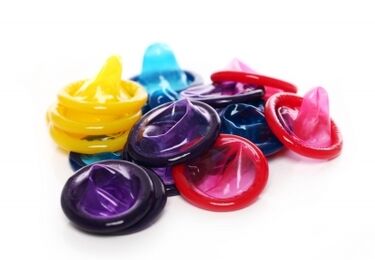 The virus that causes AIDS. It is not curable, but is no longer the potential death sentence it once was; it can now be well managed with medication. The invisible visitor Most women in Australia have a very low risk of contracting gonorrhoea, syphilis or HIV. These STIs tend to moreso affect people in socially disadvantaged groups and men who have sex with men, according to the Kirby Institute in Sydney, which collects and analyses data on STI diagnoses from all over Australia.

In 2015 there were more than 66,000 recorded cases of chlamydia in Australia, and most in women. Dr Terri Foran of Sydney's Royal Hospital for Women calls those confirmed diagnoses "the tip of the iceberg".

"There's a large group of people out there at any particular time who simply don't know they have [chlamydia] and therefore spread it to their sexual partners very quickly and easily," she says. The Kirby Institute reported an increase in the numbers of diagnosed chlamydia cases over the 10 years from 2006-2015. Younger women were the exception: the rates of infections in women aged 15-24 dropped. But in women aged 25 and over, the numbers all increased. In women over 40, the numbers doubled.

The evidence suggests that safer sex messages may have skipped a generation. "I do find women over the age of 40 are significantly less well informed about chlamydia and STIs generally. Postmenopausal women are perhaps even less well-informed," says Dr Foran.

The best way to reduce the risk of STIs is to practise safer sex. That means always using condoms and dental dams (a piece of latex that can be placed over the labia or anus during oral sex) to avoid contact with your partner's body fluids. Some STIs, such as genital herpes and genital warts, may still be spread even if a condom is used, as they are spread by skin-to-skin contact, not saliva. Condoms don't offer 100% protection.

If you're unsure if you have an STI, see a trusted doctor. Don't worry – they're used to seeing people of all ages and life stages. Depending on the symptoms, they might collect body fluid or take a blood
or urine sample. "Don't be scared of raising the issue with your GP. It's about women protecting themselves and knowing where to turn," says Associate Professor Deborah Bateson, medical director of Family Planning NSW.
"It's all about having the discussion with your partner, about using condoms and getting tested'," she says.

What can a person expect if they come to Dr Foran for an STI check? "The last thing they should expect is a lecture," says Dr Foran. "The first thing they can expect is 'congratulations for coming along, that's very proactive and sensible of you'." So remember, when it comes to avoiding STIs, you're in control, and safer sex is in your hands. 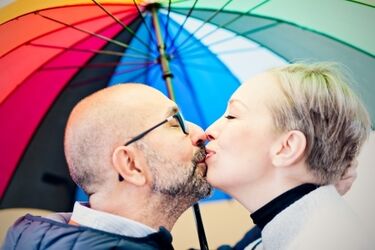 In 2009, Dr Deborah Bateson of Family Planning NSW launched an online survey around online dating and safer sex practices. 'When Online Becomes Offline' was completed by more than 1800 women aged between 18 and 70, with two out of three respondents aged over 40.

The study's main finding was a surprise that gained global interest: while women over 40 were more likely than younger women to raise the issue of safer sex with a new partner, they were less likely to actually follow through with practising safe sex.

Dr Bateson believes there are many reasons for this finding – a combination of being new to dating, not being exposed to safe-sex messages for a long time, concerns around erectile dysfunction
in older partners and, in many cases, "not having the language to negotiate condoms, perhaps not carrying condoms themselves".

It is perhaps then not surprising that there has been a marked rise in the numbers of women aged over 40 being diagnosed with STIs in Australia, as reported by the Kirby Institute.

Education is key to addressing this trend, says Dr Bateson. "We need to make sure we support GPs with good information about STI risk in older people, because it's easy to just forget it really; people can just assume that there's no risk because you're older, which is not the case."