How to tell if it’s midlife brain fog or early onset dementia.

Jenny took great pride in her powerful recall of names, places and the small details that escape so many of us. She could multitask with the mastery of a professional juggler.

But almost out of nowhere her powers deserted her. It felt as if a fog had descended on her brain. She struggled to remember dates and details that had always come so easily to her. She was 49 years old and a year into menopause when she felt the impact of midlife brain fog. Her confidence took a huge hit.

“Initially, I noticed that when I was typing, my brain would be thinking one thing but when I would read back what I had typed, there were key connector words missing,” Jenny recalls.

“I started using my iPhone for reminders. I was worried about missing things.”

She also worried that she was developing dementia.

Jenny’s story is not unique. Nearly two-thirds of women experience brain fog as a symptom of perimenopause (the time leading up to menopause when hormones fluctuate) and menopause. It can be a frightening experience because like Jenny, many women worry they’re slipping into dementia. 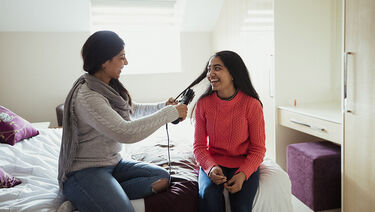 What is midlife brain fog?

Brain fog is not a medical term, but most people agree that it’s perfect for describing some of the symptoms women experience during menopause.

The symptoms, common at midlife, might include forgetting names or struggling to concentrate, walking into a room only to wonder why you went in there in the first place. Fortunately, the experts believe they are temporary.

One of those experts is Associate Professor Caroline Gurvich, a clinical neuropsychologist, and Head of the Cognition and Hormone Group in the Department of Psychiatry at Monash University, who has been trying to better understand brain fog by investigating why these cognitive changes happen in the first place. (Cognitive changes are those associated with mental processes like thinking, remembering, or understanding.)

Women should be reassured that occasional forgetfulness and word finding difficulties are common during menopause.

Her research suggests the hormonal changes of menopause can bring on symptoms of fogginess and forgetfulness. Our brains love the hormone oestrogen – it helps to protect brain cells. However, during menopause, our levels of oestrogen first fluctuate and then drop.

Reassuringly, says A/Prof Gurvich, this hormonal shift “doesn’t mean your ability to engage in intellectual tasks is gone” or that your cognitive skills are reduced forever.

Allowing for period of adaptation is generally what’s needed. “We think that as our hormone fluctuations ease and other menopausal symptoms like night sweats, mood changes and sleep disturbance become less intense, brain fog is also likely to resolve,” she explains.

What else is going on at midlife?

It’s worth remembering that shifting hormones are not the only challenge facing midlife women. The mental load on women during this life stage can be high – from managing teenage children to caring for elderly parents and balancing busy careers with running a household.

Added stress and menopausal night sweats also have big impacts on sleep at midlife. And as A/Prof Gurvich says, lack of sleep can make a foggy brain feel even worse. That has been Jenny’s experience and she is now seeing a sleep specialist for help.

Even with all this in mind, how do you know that you’re not developing dementia?

If you are especially concerned, you should talk to your GP. However, Leanne Emerson, Executive Director at Dementia Australia, explains how the symptoms of midlife brain fog can differ from dementia.

“Some of the [brain fog] symptoms related to menopause are likely to be subtle – forgetfulness and difficulty in finding words,” she explains. They tend to be temporary, short-lived episodes or moments, she adds.

“The symptoms of dementia are probably more consistent. There is also a broader range of issues – not just memory [issues] but personality changes, a tendency to withdraw socially, spatial judgement [an ability to judge distances] can be impaired, and there is a much broader range of cognitive symptoms – and over time that will deteriorate [get worse].”

Some of the signs and symptoms include:

Ms Emerson also says it’s “fairly uncommon” to develop dementia under the age of 65. The official figures, she adds, support this view. Nearly 500,000 people in Australia are living with dementia compared to around 27,000 who are living with younger onset dementia. 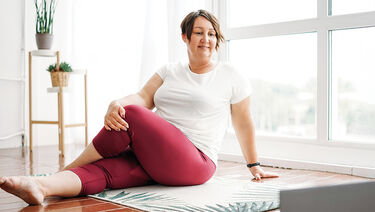 What you can do

A/Prof Gurvich says that women should be reassured that occasional forgetfulness and word finding difficulties are common during menopause.

Most women who have concerns about their brain health during this time still perform within normal ranges on neuropsychological tests (tests often used in screening for dementia).

“But if these symptoms are leading to distress or substantially impacting daily functioning, women should speak to a healthcare professional,” she adds.

Both A/Prof Gurvich and Ms Emerson agree there are steps we can take to boost our cognitive skills.

Read 12 things to know to reduce your risk of dementia or explore more on the Dementia Australia website. Explore more of our day on mental wellbeing and brain health now.

Hormones and heart health: When to get a heart check