Dementia – 12 things to know to reduce your risk We all get forgetful sometimes – misplacing keys, missing birthdays or anniversaries, going blank on someone’s name. Even menopause can play a part, with 60% of women going through menopause reporting memory complaints.

Dementia, however, is much more than just forgetting things. It can affect the way we think, the way we behave and our ability to perform usual tasks.

Today, nearly half a million people in Australia live with dementia, with more than 2000 new cases diagnosed each week. It is now also the leading cause of death for women in this country.

It also affects more women than men; for every four men with dementia, there are five women living with the disease, according to the Australian Bureau of Statistics.

However, the good news is that it is never too early – or too late – to keep your mind healthy and reduce your risk of dementia.

Dementia is a term used to describe a group of diseases with similar symptoms, including memory loss and confusion. The most common is Alzheimer’s disease, a progressive, degenerative illness that attacks the brain, which accounts for more than 70% of all cases of dementia.

In the next 19 years, the number of people living with dementia worldwide is expected to treble to 150 million. The disease touches so many families, shattering lives and robbing them of the people they know and love. It is one of the great medical and social challenges in the world today. 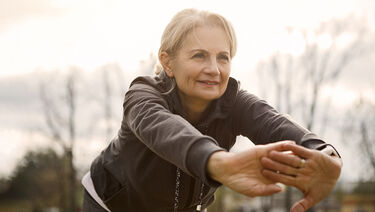 Dementia is not just a disease of the elderly. More than 30,000 people in Australia under the age of 65 have younger onset dementia.

It does, however, hit those in late middle-age hardest. Women who reach the age of 65 have a 20% risk of developing dementia.

So, what can you do?

The first step is to be aware of the 12 risk factors most likely to play a part in the onset of dementia and, if possible, to address them.

This is the advice of some of the world’s leading dementia experts who reviewed the most up-to-date science. Their report was published recently in the UK medical journal, The Lancet.

Many of these risk factors are common to many chronic conditions, not just dementia – but let’s take a closer look at a couple here that might have surprised you. Many people are surprised to learn that hearing loss is the biggest risk factor for dementia, believed to be responsible for 8% of cases.

Hearing loss tends to make the brain work harder to compensate. It also increases the risk of social isolation and depression, two factors that we already know increase the risk of getting dementia.

According to Hearing Australia, an estimated 1.5 million women were living with hearing loss in this country during 2019-2020.

Common signs of hearing loss include:

Any changes in hearing need to be investigated. Hearing Australia suggests either speaking to your GP or a hearing professional (audiologist or audiometrist) if there is an issue.

While this is a risk factor that may be hard to modify, 7% of dementia cases are linked to poor education. Recent studies suggested a person’s cognitive ability – the ability to learn and understand through thoughts, actions and senses – increased with education, and that cognitive stimulation was most important in early life.

However, the review also reported that, in adulthood, people in more cognitively demanding jobs tended to show less cognitive deterioration before, and sometimes after, retirement than those in less demanding jobs.

“The ‘use it or lose it’ hypothesis suggests that mental activity, in general, might improve cognitive function’,” the review said. 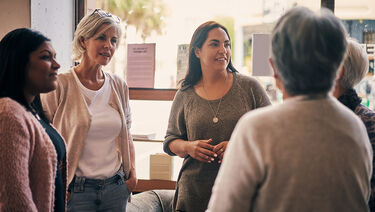 The other risk factors

It is important to keep diabetes and blood pressure under control and to maintain a healthy weight. Regular exercise and not smoking are recommended.

Giving up smoking, or exercising for the first time in your 60s can still make a difference in reducing your risk of dementia.

The scientists also believe it is helpful to reduce our exposure to second-hand tobacco smoke and air pollution.

Drinking more than 21 units of alcohol a week increases the risk of dementia by 1%, so moderate drinking is advisable.

Maintaining a strong social network is also vital as we age. This might include having a hobby, going to the cinema or sporting events, doing volunteer work or playing games. Depression, another risk factor, needs to be professionally treated.

There are a number of behaviours that are modifiable and can make a difference in reducing risk. There is no iron-clad guarantee, but the evidence is becoming more compelling. 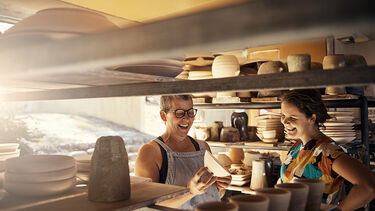 To learn more about healthy living tips that can help reduce your risk of dementia, visit jeanhailes.org.au/health-a-z/healthy-living.