Dipstick tests miss up to half of UTIs A negative dipstick stick does not mean a woman doesn’t have a urinary tract infection (UTI).

We speak to Jean Hailes specialist Dr Payam Nikpoor about the gold standard for testing for UTIs, a condition that will affect half of all women in Australia.

A dipstick test, routinely used by GPs to see if a woman has a urinary tract infection (UTI), could be missing up to half of all infections, according to Jean Hailes urogynaecologist Dr Payam Nikpoor.

The dipstick is more of a screening test. With a negative dipstick result, the likelihood of a UTI reduces by 50%. But there’s also a 50% chance you have a UTI.

What is a UTI?

A UTI is an infection caused by bacteria entering the urinary tract. Common symptoms include a burning sensation when peeing, an urge to pee more often, pain above the pubic bone, and cloudy, smelly or bloody pee.

UTIs are one of the most common conditions affecting women. Half of all women in Australia will experience at least one UTI in their lifetime. There is a 20-40% chance that an infection will return within the first three months and, sadly, 20% of women will have recurrent UTIs.

What is a recurrent UTI?

Recurrent UTIs affect 20% of women. A woman who has two or more UTIs in six months or three or more infections in 12 months is classified as having recurrent UTIs. 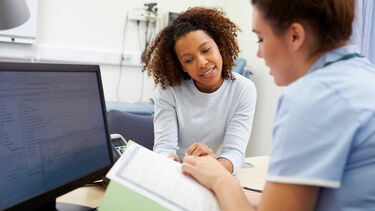 In a typical UTI, bacteria infect the inside of the bladder and can be detected in urine. In these cases, the dipstick test – in which paper is dipped in a urine sample, with the results known in 30 seconds – works.

Things become a bit more complicated when the result of the test is negative because, says Dr Nikpoor, that does not necessarily rule out the presence of a UTI.

If a woman’s clinician still suspects a UTI, they may request a urine microscopy culture and sensitivity test. This is the gold standard method for diagnosing UTIs.

What is a urine microscopy culture and sensitivity test?

A sample of the woman’s pee is taken mid-stream (often referred to as ‘a clean catch mid-stream’). It is then sent to a laboratory for testing. If the urine culture test reads positive, it means that bacteria or organisms have been found in the sample. The culture report will not only identify the types of germs present, but will also show their sensitivity to various antibiotics.

“It is the definitive test,” says Dr Nikpoor. “I certainly use it for any patients with UTIs.”

It can take up to three days for the test results to come back. During this period, the woman can still be treated with an antibiotic. This means the infection is being treated before tests confirm its presence.

Dr Nikpoor says that if the urine test comes back negative and the doctor still suspects a UTI, a longer period of incubation of the sample can be requested.

“If you have incubated a sample and the result is negative, you can almost certainly say there is no infection,” he says.

I have absolute faith in this testing. I am very comfortable and confident using microscopy and longer incubation periods if I have a clinical suspicion that a UTI is present.

If a woman has been treated with up to three courses of antibiotics and the infection is not responding, Dr Nikpoor recommends that she be referred to a specialist for further assessment. 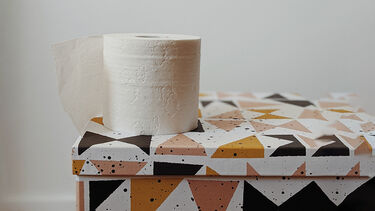 Read more about UTIs on the Jean Hailes website.