What is cervical cancer?

Cervical cancer (cancer of the cervix) is a cancer that develops in a woman’s cervix. The cervix is the entrance to the uterus (womb) from the vagina.

Over time the cells of the cervix change, and in some cases the changed cells can become cancerous.

It can be prevented by regular cervical screening tests to detect any trace of human papillomavirus (HPV), which can lead to changes in the cells in the cervix.

There are two main forms of cervical cancer:

A small number of cervical cancers feature both squamous cells and glandular cells. These cancers are known as adenosquamous carcinomas or mixed carcinomas.

Cancer of the cervix is more common in people over 30 although it can occur at any age. In Australia, about one in 195 women will develop cervical cancer before the age of 75.

Since the introduction of a national screening program in the 1990s and a national HPV vaccination program in 2007, cases of cervical cancer in Australia have decreased significantly.

HPV is a common sexually transmitted infection that affects the surface cells of the genital area including the cervix, vagina and vulva. It can also cause visible warts.

HPV is very common. It is estimated that around 80% of women will be exposed to the virus at some point in their lifetime. Many with HPV don’t know they've been exposed to the infection. While HPV is common, most women with the infection do not go on to develop cervical cancer. Only certain types of HPV cause cancer.

Cervical cancer usually occurs many years after the infection caused by the HPV virus. 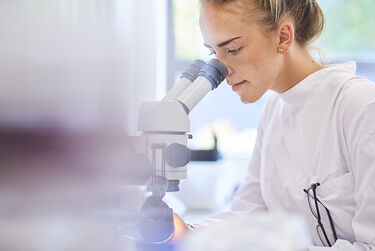 What increases your risk of cervical cancer?

What are the signs and symptoms of cervical cancer?

Cervical cancer, especially in the early stages, may not have any obvious symptoms. However, the most common signs include:

Symptoms of advanced cervical cancer may include:

These symptoms may also be due to conditions other than cervical cancer, so if you notice anything unusual, it is important to see your doctor.

How is cervical cancer diagnosed?

If your results show that HPV was not detected, you can wait five years until your next test.

If your cervical screening test indicates that further investigation is required, you will be advised when you receive your results.

An abnormal test result doesn’t mean you have cervical cancer. However, you may need to have further investigation such as a colposcopy or have another cervical screening test within a few weeks or months.

A colposcopy is a procedure, usually performed by a gynaecologist in their clinic. The doctor looks at the cervix through a microscope to magnify the areas of abnormal cells, then takes a biopsy (sample) to identify the changes in the cells.

If abnormal or cancerous cells are detected from further investigation, your doctor will refer you to a specialist, usually a gynaecologist who specialises in cancer treatment.

Treatment for precancerous changes in the cervix after colposcopy

If you have a colposcopy and precancerous changes have been detected, your gynaecologist will discuss the treatment options with you. Treatment options for any confirmed high-grade lesions include:

Treatment for cervical cancer depends on the size and type of cancer but it can include:

Read more about screening and the cervical screening test here.

Because most cervical cancers are caused by HPV, one form of prevention involves vaccination against the virus. There are different types of HPV and there are two types of cervical cancer vaccines used in Australia – Gardasil 9 and Cervarix – to protect against these.

The best time to get immunised against HPV is before you become sexually active, as people who have had sexual contact may have already been infected with a type of HPV. If you want to be vaccinated and you are already sexually active, speak to your doctor.

Under the National Immunisation Program (NIP), the HPV vaccine is usually given to 12-13 year-olds at school. There is no cost to those eligible under this program.

If you are not eligible under the NIP Schedule you may have to pay for your immunisation. Costs will depend on the type of vaccine you have.

For further information about HPV vaccines, speak to your doctor.

Do you still need to have cervical screening tests if you have had the vaccine?

Even if you have had the HPV vaccine (either before or after becoming sexually active), you need to continue to have regular cervical screening tests every five years because the HPV vaccine only protects you from 70-90% of cervical cancers.

When to see your doctor

It’s important to see your doctor if you notice any of the symptoms listed above, or anything else that is unusual. You should also ensure you have regular cervical screening tests, according to the advice provided by your general practitioner.

Further information about cervical cancer can be found at: