It’s something many women and girls experience each month. In fact, for most of us it will happen about 500 times – yes, really! – in our lifetime.

Yet while periods are a normal part of life for women and girls, one person’s ‘normal’ can look very different to another’s. For girls just starting to menstruate – that’s the medical term for having a period – their ‘normal’ might take a couple of years to settle into a routine. For women at the other end of their reproductive years, changes to periods are often a first sign that menopause is on the horizon.

Add into the mix other factors such as stress, some medical conditions, or even exercising too much, and your period can seem to have a mind of its own!

Knowing what’s normal and what’s not can be a little tricky. That’s why we’re having a look today at what’s normal when it comes to menstruation, and what you can do if you think your ‘normal’ is not quite right.

What is the menstrual cycle?

Day 1 of menstruation – the first day of your period, when you start to bleed – is the first day of what is known as your menstrual cycle. This occurs when the uterus (womb) gets rid of its lining. The uterus grows a new lining each month to get ready for a possible pregnancy. If there’s no pregnancy, the lining is shed through the vagina, creating your period. While the average length of a menstrual cycle is about 29 days, it can be as short as 21 days or as long as 35.

Everyone is different. Some women will get their period on day 28 and can almost plan it to the hour, while others may be slightly more irregular. However, for most women, their cycle is usually within 28 to 35 days. 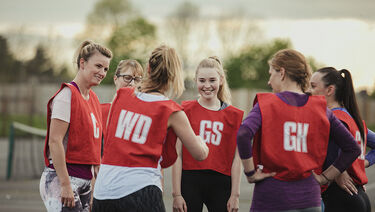 Is my period ‘normal’?

Each woman and girl’s period is different, so it can be hard to know if yours is within the range of what’s ‘normal’. They can vary in how long they last, how much blood you lose, and whether you feel any aches or pains, or none at all. What’s normal for you may not be for someone else.

As a guide, most of the time bleeding lasts between three to seven days, with the heaviest flow occurring in the first day or two. However, for some women periods can last for up to a week, and other may only have ‘spotting’ rather than flow on their first day. Again, everyone’s ‘normal’ is different. 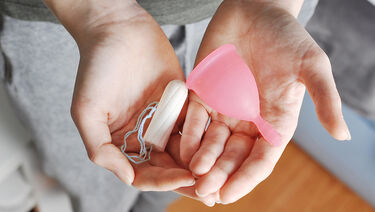 The amount of blood lost at each period can also vary, but is usually anywhere between 20ml (1 tablespoon) and 80ml (1/3 cup). Losing more than 80ml of blood is classified as a heavy period.

“None of us get the measuring cup out, so knowing how much blood you lose each month can be difficult to ascertain,” says Dr Ward.

“You should be able to go three or more hours before you need to change your pad or tampon [or menstrual cup], and at night you shouldn’t need to change it at all. However, flooding of your pad, or having clots is evidence that your period is heavier than it should be.”

Having no pain or some pain are both normal. Some women and girls may feel no pain or discomfort at all, while others may get menstrual cramps. These cramps can feel like a mild ache in your lower belly, or even your lower back, and are usually worse on the first day or two.

Dr Ward says that pain around periods can depend upon an individual’s pain thresholds. Everyone is wired to feel pain differently.

“We think that some people are more centrally wired to have an increase in pain,” she says. “If you need to take a couple of painkillers on day one to two of your period … then that’s still within the [range] of normal.

“However, needing to take a day off work every month because of pain is not okay and may indicate that something needs to be investigated.”

Let’s say that again. If you are missing entire days of work or school because of period pain, that is not normal and not ok. If your doctor tells you it is just something you need to put up with and refuses to investigate it, see another doctor. 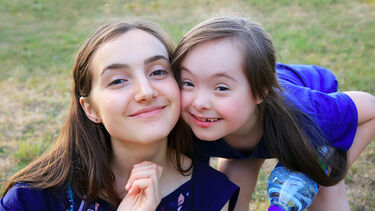 Painful periods can be caused by a number of things including:

If you have painful periods, don’t put up with it. Speak to your doctor.

Irregular periods – are they OK?

Periods can become irregular for a number of reasons. These may include:

If a woman isn’t taking any hormonal medication, such as the contraceptive pill, she should have at least four periods a year, says Dr Ward.

“Failing to have periods causes the lining of the uterus to get thicker and thicker as there’s no period to shed it,” she says. “As a result, cells can overgrow and cause a condition called endometrial hyperplasia, which [can lead to] endometrial cancer.” 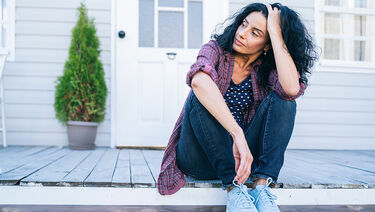 Of course, one cause of irregular or changing periods is the approach of menopause. Menopause is in fact your very last period, followed by 12 months of no bleeding, after which time you’re considered postmenopausal. However, in the 4-6 years leading up to menopause – known as perimenopause – periods can become irregular, heavier, lighter, shorter or longer, or may not even come for several months.

While irregular or missed periods may be a sign of early menopause, Dr Ward says they’re not usually the main symptom.

When do I need to see a doctor?

See your doctor if you have any concerns about your period. Reasons for a visit to the doctor could include:

If you’ve gone through menopause and experience any kind of bleeding, you must also visit your doctor, as there’s a small chance that this could be related to cancer of the cervix or uterus.

A final word of advice from Dr Ward: never assume that painful or heavy periods are normal.

If your period affects your day-to-day life in whatever way, go and speak to your doctor because there is help available to improve the quality of your life.

What else can I do?

Keeping a record of your periods – when they start, when they stop, if and when you feel pain – and tracking symptoms can help you understand your menstrual cycle. By tracking bleeding, pain and other symptoms, you can learn what’s ‘normal’ for you, and make you better able to know when something’s not quite right. It’s also handy to have to share with your doctor.

Jean Hailes has a simple one-page pain and symptom diary you can download and print below.

Hormones and heart health: When to get a heart check