STIs on the rise in older women Cases of sexually transmissible infections (STIs) are growing at a faster rate in older women than younger women. We asked the experts why.

Well, we finally busted the myth that sex belongs to the young. Not only are women over the age of 50 still having sex, but they’re also having a very nice time of it, thank you very much.

However, their enjoyment may be coming at a price to their health, with a rise in rates of sexually transmissible infections (STIs).

A recently published study reveals that cases of chlamydia, gonorrhoea and syphilis are increasing among older women in Australia at a faster rate than among younger women. It’s a trend that is happening in other parts of the world too.

Why are STIs on the rise?

Sex is good for you, mentally and physically, as you grow older. But sadly, age does not provide protection against STIs.

“The issues are that many older women don’t see themselves at risk of STIs,” says Dr Terri Foran, a Sydney sexual health physician with a special interest in the management of STIs.

“They also probably missed out on the safer sex messages of the ‘80s and ‘90s because they might have been in long-term relationships at the time.

“What happens with time is that some long-term relationships break up, the messages [about safe sex] aren’t out there, and the playground has changed a bit, in that many women are negotiating dating apps, so perhaps the checks and balances in knowing the background of a partner just aren’t there.”

Louise Bourchier, a PhD researcher in sexual health at the University of Melbourne, has looked at STI trends in older women (women aged 55 to 74) in Australia. Her 2020 study revealed that in the five years from 2014 to 2018, the largest increases in the rates of chlamydia, gonorrhoea and infectious syphilis were in the older age groups.

Even more concerning, she says, is the fact that the figures may under-estimate the extent of the problem, as her study looked only at those who had been tested. 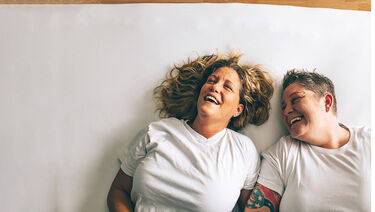 Many of today’s older women belonged to the generation of change, the girls of the ‘60s and ‘70s who were part of the sexual revolution.

Instead of moving into an asexual old age – as society has always assumed older people would do – these women, says Ms Bourchier, have carried the sexual freedom from their youth into middle and older age.

When you add divorce, death of a partner, online dating as well as erectile dysfunction medications such as Viagra into the mix, today’s older women find themselves living in an entirely new sexual landscape to that of their mothers or grandmothers.

We now have a cohort of women who are healthier and fitter than previous generations, and who are ready to explore sexually."

“We know that condom use is lower in older women. An unplanned pregnancy is no longer an issue, and it might be a long time since they have used a condom. The ‘normalness’ of that is not there.”

This fact was made clear in a survey conducted by Dr Deborah Bateson, medical director of Family Planning NSW, which found that while older women were more likely to discuss STIs with a new partner, they were less likely to refuse sex without a condom compared with younger women.

Unlike a younger woman, the average 60 year-old will not say, ‘if it’s not on, it’s not on’. We need to be empowering older women to look after themselves a bit more.”

The risks and responsibilities

Dr Foran believes that women themselves may need to raise the issue of sexual health with their doctors as some GPs may be too embarrassed to begin the conversation. “It needs to be part of every routine examination, and I would encourage women to bring it up,” she says.

“For women who are not in mutually monogamous relationships I would recommend a yearly, if not six-monthly screen, for infections like chlamydia, which is very common and has no symptoms in 80% of cases.

“It can cause problems including urinary symptoms, pelvic pain and arthritis. It is not something anyone wants to get.

“I treat herpes in older women. They can be miserable because it involves pain and irritation and there’s still a stigma associated with it.

“We’re also seeing increased rates of syphilis among older age groups. A delay in diagnosis can be quite profound. This hasn’t been an issue for many years, but it has come back again.”

Dr Foran says that a lot of women think oral sex is safer, but she warns that herpes, gonorrhoea and chlamydia can also be transmitted this way. 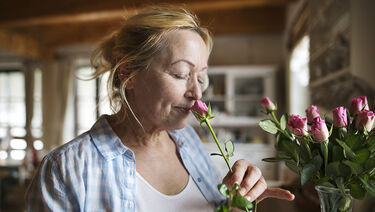 It is important to have protected sex. It is also advisable, says Dr Foran, to have an STI test three months into a relationship.

“New relationships are fraught whatever age you are, but particularly if you have been hurt in a past relationship,” she says. “All the assumptions you have made in the past have got to be thrown out. You have to be careful about who you trust.

“External appearances are not always what they seem. People may not always be completely honest about their sexual history, a possible STI, or about the fact they might not be monogamous.

“You should be thinking about having mutual STI testing after three months. You need to establish ground rules around honesty. If the relationship is not monogamous, then condoms are essential.