Kath used the trauma of her own cancer diagnosis and treatment to speak up about a silent topic of women’s health for the benefit of others.

Kath Mazzella was 42 years old when her world was turned upside down and reshaped in a way she could never have imagined.

Kath was diagnosed with gynaecological cancer and had to undergo surgery to have her vulva, clitoris and lymph glands removed. She was left devastated by the trauma, physically and emotionally.

I was at the peak of my sexual life. I was only beginning to understand who I was as a woman, and it was ripped away from me."

Shunned but not silenced

Kath wanted to talk to other women about gynaecological cancers, to share her story and hear theirs, so she could begin to make sense of what had happened to her. In particular, she wanted to talk about the vulva.

She says she tried talking to women’s groups but felt shunned. Nobody, it seemed, wanted to talk about this important part of women’s health.

This left Kath disappointed but determined. In 1997 she placed an advertisement in Woman’s Day magazine to locate other women who had experienced these types of cancers. 30 women got in touch. Many of them, she says, felt too scared to openly discuss their stories with people in their life and most reported they were left badly scarred, mentally as well as physically, by the surgery.

Kath’s path from a cancer survivor to a women’s health champion began, as many cancers do, with a lump. Hers was located close to her clitoris and was dismissed as nothing to be concerned about by two GPs. Her mother, Doris, a breast cancer survivor herself, warned her daughter never to ignore a lump. Fortunately for Kath, she listened to her advice.

A biopsy (where a sample of tissue is taken and examined) revealed the lump was cancer, and her life-changing surgery went ahead.

“I felt very isolated [afterwards],” recalls Kath, at the time a wife and a mother to three teenage children. “I didn’t feel like a woman. I felt like an ‘it’. I was struggling emotionally and physically.

People thought my story was too graphic and didn’t want to hear it. But we do need to hear these horrific stories because they are happening to women."

The stories behind the stats

Kath has devoted the past 26 years of her life to raising awareness of gynaecological cancers and conditions, and to encouraging discussions on how they affect the lives of women.

Gynaecological cancers usually refer to those that begin in a woman’s reproductive organs and include cancers of the cervix, ovaries, uterus, vagina and vulva.

According to the Australian Institute of Health and Welfare, an estimated 6500 women will be diagnosed with gynaecological cancer in 2021.

The Institute says the majority of these cases will be cancers of the uterus (almost 3300) and ovarian cancers (around 1700).

Cancer of the vulva is relatively rare in Australia. The Institute estimates that around 400 new cases of vulvar cancer will be diagnosed in 2021.

What bothered Kath was that nobody was talking about the stories behind the statistics, the lives of everyday women that had been interrupted by gynaecological cancers. Kath wanted women to start talking. She wanted to open a national conversation.

Hear Kath on the Jean Hailes podcast talking about her experience with gynaecological cancer, and her advocacy work promoting awareness of vulval cancer.

Kath's hard work in promoting better awareness in the community about gynaecological health, including cancers, has been publicly acknowledged.

Reaching the milestone year of 70 last month (September) made Kath reflect on her life. “It made me think, ‘will I let my hair go grey and walk away?” she remembers. She entertained the possibilities but only briefly. There is still so much to do.

One of the highlights of her campaigning years was appearing on BBC television’s “Women’s Hour” in London in 2018 to talk about vulval health. She would like to see more TV programs and media outlets talking openly about these issues too.

“This is what drives me: speaking up for the millions of voiceless women here and around the world who suffer in silence with health issues like endometriosis, polycystic ovary syndrome, fibroids, gynaecological cancers, as well as other health issues like menopause and prolapse.

“We all need to be talking about these issues.” 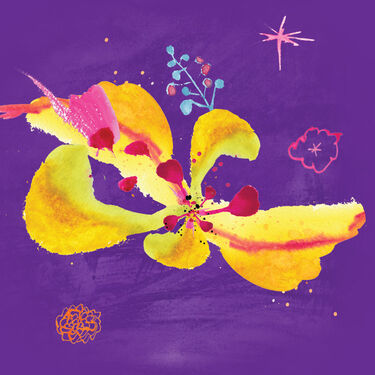 Jean Hailes is delighted to have Kath Mazzella's support for Women's Health Week 2022 as one of our 'Champions for good health'.