D-pleted – the vitamin many of us are low on Many people in Australia don’t get enough vitamin D. But there are many reasons why you need to, and why it might be worth having your levels checked.

It’s a wonder vitamin for bone and muscle health. It reduces inflammation and supports general good health. Yet despite these important benefits, many people in Australia don’t get enough vitamin D.

What is vitamin D?

Vitamin D is often called ‘the sunshine supplement’ because it is made in the skin after exposure to the sun. It is also found in certain foods – oily fish, red meat and eggs – but not at levels to satisfy our health needs.

Vitamin D is a vital nutrient that plays an important role in the functions of the body, including bone and muscle health.

Why is it so important?

Vitamin D is essential for the body’s absorption of calcium, a mineral essential for good bone health. Those who have low levels of vitamin D are at risk of developing problems such as soft bones (osteomalacia) or fragile bones (osteoporosis). 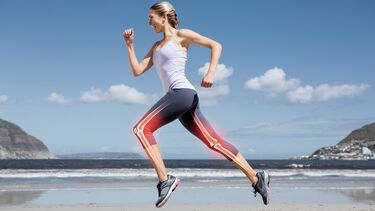 Osteoporosis is a condition that mainly affects women, due to the loss of the hormone oestrogen that occurs at menopause. Nearly two million people in Australia have an osteoporosis-related condition, and three out of four of them are women.

“It doesn’t present with bone pain, and you can have no symptoms until you have a fracture,” she says. “It’s very important to be vigilant about it and most especially after menopause.”

“While it is important to have vitamin D at healthy levels throughout life, it becomes more critical during these timelines.”

Vitamin D can also increase insulin sensitivity. Dr Torkamani says there is evidence to indicate that vitamin D is linked with insulin resistance, which is a risk factor for developing type 2 diabetes. 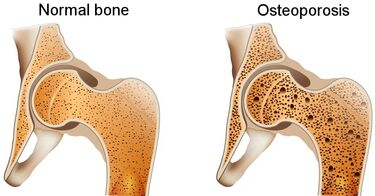 Sun and skin – a balancing act

Many of us struggle to balance the right amount of sun exposure for vitamin D production against the skin-damaging effects of UV rays. Our sunscreens block the absorption of UV rays that, ironically, we need in order to activate the production of vitamin D. Too much exposure to sun can cause skin cancer; too little can lead to vitamin D deficiency.

To make matters worse, we don’t get enough levels of vitamin D from our diet because it is hard to get enough vitamin D through food.

“As a lot of people might have low vitamin D levels without knowing. It’s best to see your doctor to have them checked,” says Dr Torkamani.

Who is at risk of vitamin D deficiency?

Women who are vulnerable to a deficiency include those who: 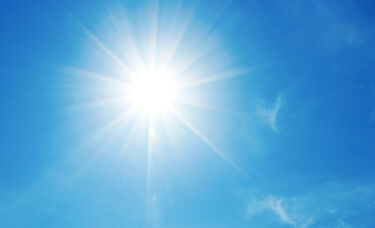 How do I know my vitamin D levels?

Your vitamin D levels can only be measured with a blood test done by your doctor. It is important to note that Medicare covers the cost of one vitamin D measurement test a year.

How much D do I need?

Vitamin D levels change throughout the year. They are at their highest in late summer and at their lowest at the end of winter. Healthy Bones Australia (formerly known as Osteoporosis Australia) recommends a level of at least 50 nmol/L (nanomoles per litre) at the end of winter, while in summer, higher levels are common in the range of 60-70 nmol/L.

Dr Torkamani says that while it is generally safe to take up to 1000 IU (international units) of vitamin D daily, you still need to talk to your doctor before taking any supplements.

She says women who are of child-bearing age or who may be breastfeeding are at increased risk of vitamin D deficiency, as are those who have conditions that may affect the body’s ability to absorb nutrients from their diet, such as gluten intolerance or coeliac disease. Pregnant women may need up to 3000 IU daily to maintain vitamin D levels of 75.

Women aged over 70 may also need a supplement if their levels are considered low by their doctors. Healthy Bones Australia recommends at least 800 IU as a general guide.

What can I do?

Apart from taking a supplement, Dr Torkamani suggests some sun exposure, increasing physical activity – especially weight-bearing exercise – and calcium in your diet. It’s important never to take a calcium supplement without first talking to your doctor.

Browse our calcium-rich recipes, such as this Roast chickpea & vegie salad...

Jean Hailes dietitian Kelly Conte says that women who have balanced diets, which include nutrients from all the food groups, are likely to be meeting at least some of their vitamin D requirements.

“You need fibre,” she says. “The less processed your food, the better.”

The foods she recommends include eggs (packed with nutrition), fish (swordfish or salmon are especially good), pork and soy beverages. “If you are not getting enough animal-based protein, I would be pushing for supplements,” she says.