Contraception choices: know all your options 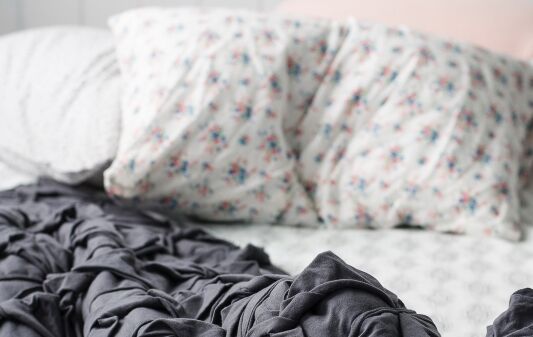 There's a contraceptive option that you may not know a lot about. It is convenient, safe, reliable, reversible, cost-effective and, most importantly, highly effective at preventing pregnancy.

Perhaps it's time we expanded our knowledge of contraceptive options beyond just condoms and the Pill?

Often described as a "set and forget" type of contraceptive, LARCs include intrauterine devices (IUDs), contraceptive implants and injections.

As Jean Hailes specialist women's health GP Dr Amanda Newman says, LARC is "by far the most reliable form of contraception; ideally suited to a wide range of women".

"It used to be thought that IUDs shouldn't be used by women who haven't had children, but we now know that's just not true," says Dr Newman. "They can be safely used by women of all ages."

LARC can also reduce troublesome period symptoms such as heavy bleeding and period pain, so it provides added benefits for women beyond just contraception.

Here we'll dive into how they work, their benefits, risks and important information to know.

Because when it comes to contraception, it's a personal choice, and in order to make the best choice for yourself, you need to know all the options.

The hormonal IUD (Mirena®) is a small T-shaped plastic device. It is inserted into the uterus (womb) through the vagina by a doctor specially trained in placing IUDs.

"It can be common for women feel some cramps or pain during and/or after the insertion, and occasionally it is inserted under anaesthetic," explains Dr Newman.

Once in place, the IUD slowly releases a hormone, called progestogen, into your uterus. Progestogen is similar to the hormone progesterone produced by the ovaries, and prevents pregnancy from occurring.

"It works by thickening the fluid around the cervix so that the sperm can't reach the egg," says Dr Newman. "It also thins the lining of the uterus, making it difficult for a fertilised egg to stick (implant) there and start a pregnancy. And in some women, the hormonal IUD can stop the ovaries from releasing an egg (ovulation)."

The upsides of the hormonal IUD

An important consideration in using the hormonal IUD as contraception is that there no protection from sexually transmissible infections (STIs).

"So, it's important to still use safer sex methods such as condoms if you are at risk," says Dr Newman.

In terms of unwanted effects of the hormonal IUD, Dr Newman explains that spotting or irregular bleeding can be common.

"This may occur in the first three to six months after insertion, while the body finds its rhythm," she says. "But by around six months, the vast majority of women will have a light, pain-free, regular bleed or no bleeding at all."

Other possible side effects may include:

However, Dr Newman says these side effects are "usually temporary and settle down with time". Another common LARC is the contraceptive implant (Implanon).

The implant is a thin flexible plastic stick, about 4cm in length. It is inserted just under the skin in your inner upper arm by a trained doctor. A local anaesthetic is used when the doctor makes a small cut in the skin to allow insertion of the implant.

Like the hormonal IUD, the contraceptive implant slowly releases the hormone progestogen. This prevents the ovaries from releasing an egg each month and thickens the mucus of the cervix to prevent sperm from entering the uterus.

"The benefits of the contraceptive implant are very similar to the hormonal IUD," says Dr Newman (see above). "However, instead of lasting five years, the implant lasts three years, and it doesn't require monthly checking like the IUD."

Irregular bleeding can be a potential side effect of the contraceptive implant and it also shares similar (often temporary) possible side effects as the hormonal IUD as explained above.

Important risks to be aware of

No medicine or procedure comes completely risk-free. But it's good to know that serious complications of using the hormonal IUD or contraceptive implant are rare.

For the hormonal IUD, insertion comes with a very small risk of injury to the wall of the uterus, causing the IUD to sit in the wrong spot (keyhole surgery would be required to remove the IUD), or infection after insertion (this can generally be quickly treated with antibiotics).

Also, given the IUD is more than 99% effective, pregnancy is highly unlikely. However, if you do become pregnant while using the device, there is a higher chance of ectopic pregnancy (where the pregnancy occurs in the fallopian tubes rather than the uterus).