'Ask an Expert: Q&A' is a place for health professionals to ask our team of experts about cases seen in work and/or clinical practice.

Questions can cover a wide range of women’s health topics and will be answered by an expert in the multidisciplinary Jean Hailes health professional team. Read more about this series or learn how to ask a question here.

Answering your question for this edition of 'Ask an Expert: Q&A' is Dr Elizabeth Farrell AM, Jean Hailes gynaecologist and Medical Director.

I'm wondering whether I should refer my patient for specialist Gynae review or repeat co-test in 12 months.

The recommendation on the pathology report was for referral to specialist however Cervical Screening Guidelines say referral if unexplained and persistent abnormal vaginal discharge. Should I only refer if her symptoms persist after treating the Candida infection? 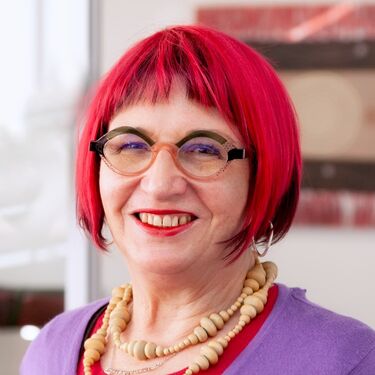 If your 29-year-old patient has had one smear result with HPV non 16/18 +ve with negative cytology in the present of endocervical cells and no other abnormality then the CST co-test is repeated in 12 months.

If there is any concern re abnormal bleeding then referral to a gynaecologist with a prior vaginal ultrasound would be appropriate.

If the candida infection is treated satisfactorily there is no indication for referral. However if her candida was recurrent and not responding to treatment adequately then referral to a vulval specialist, either gynaecologist, dermatologist or GP with special interest, would be indicated.

I have a 37-year-old female with POI in the context of radiation exposure as a child. She is currently on Estalis Continuous (50/140). She has concurrent osteopenia as she had many years of taking no HRT. I would like her to be on a topical oestradiol dose of equivalent to 100 mcg but there is no combined topical formulation I am aware of. She would prefer not to have withdrawal bleeding, so I am interested in a continuous regimen. I am concerned there is not enough data for Prometrium 100 mg nocte when on the high dose of oestradiol. Would Medroxyprogesterone be an option? She does not want to have a Mirena.

What else would you recommend? I considered Kliogest (2 mg oestradiol/1 mg norethistrone) as well. I know the COCP can be used in POI, but transdermal is better for bone health. Her BMI is 26.

On another note, she has noted a patch of grey pubic hairs. Could this reflect the insufficient oestradiol replacement? I am checking thyroid and vitamin B12.

POI is treated with high dose therapy usually the equivalent of Oestradiol 75 ug patch or greater with the corresponding progestogen until around the age of expected menopause. There are a number of possibilities all of which DO NOT have data, with increasing dose of oestrogens requiring increased progestogen.

Increase the dosages by having:

Ideally oral progesterone would be prescribed however there is no data on higher doses or being used vaginally. Using 200mg orally nightly may be sufficient but is expensive for some women. It is used vaginally in IVF satisfactorily. However, it is used “off label“ vaginally in menopause women using 100mg vaginally at night for the higher doses of oestrogen but experts not are all in agreement to recommend it because of the lack of data.

Norethisterone acetate or medroxyprogesterone acetate could be used but we are tending to prescribe less because of their small increase in breast cancer risk and possible VTE risk.

Monitor for both side effects, breakthrough bleeding and check endometrial thickness after the first 6 months on the regimen to establish the appropriate endometrial suppression by the progestogen.

The greying of her pubic hair may represent years without oestrogen or may be genetic.

Do you have a women's health clinical question for one of our experts?