It is important to know that women with PCOS have the same number of children (with or without assistance) as women without PCOS.[1] Medical and lifestyle management can increase the chances of a successful pregnancy.

It is also recommended – if desirable and possible – women with PCOS should consider planning a family early to reduce the added risk of age-related fertility factors.

Find information on the different ways to increase the likelihood of becoming pregnant if you have PCOS. Learn about weight and fertility, monitoring ovulation, different medications you can try, ovulation induction, surgery and assisted reproductive technology.

High levels of androgens (also known as male-type hormones, such as testosterone) and high insulin levels can affect the menstrual cycle and prevent ovulation (the release of an egg from the ovary) in women with PCOS.

Ovulation normally occurs once a month. The ovum (egg) develops in the ovary within a ‘follicle’. Each month, several follicles start to develop, but usually just one develops fully and is released from the ovary into the fallopian tubes. It can then travel to the uterus to be fertilised, and this is the point at which pregnancy can occur (if sexual intercourse has taken place).

In women with PCOS, the growth of the follicles often stops early because of the increased levels in the ovaries of male-type hormones, such as testosterone. This leaves many immature, small follicles within the ovaries. On ultrasound, these look like dark circles on the ovaries.

When an egg is not released on a regular basis, this is called ‘anovulation’. In women with PCOS, an egg might or might not be released each month. Ovulation can occur irregularly or stop completely. This can make it more difficult for women with PCOS to become pregnant without assistance. However, pregnancy can still occur, and contraception is still needed if pregnancy is not desired. Around 70% of women with PCOS experience some difficulties in becoming pregnant. A range of PCOS related factors may decrease fertility such as increased hormone levels, increased weight (BMI higher than 31) and lifestyle influences. However, medical and lifestyle management can increase the chances of a successful pregnancy.

It is encouraging to know that women with PCOS have been shown to have a similar number of children (with or without treatment) as women without PCOS. The recommendation, if it is desirable and possible, is to consider planning a family early. This way, if you have difficulties in conceiving, you have time to consider a range of fertility treatment options before the risk of age-related infertility begins to increase (around the age of 35).

Some women with PCOS may experience reduced fertility or ‘sub fertility’, where it might take longer to conceive, or they might need further medical assistance to achieve a pregnancy.

There are several things you can do to increase the likelihood of becoming pregnant. A healthy lifestyle has been shown to be the most effective treatment to increase your chances of a successful pregnancy.

Some women with PCOS will need further medical support in addition to lifestyle changes. A referral to a fertility specialist can be necessary. There are a range of medications that can be very effective in assisting women with PCOS to get pregnant. If these are ineffective, some medical procedures might be helpful.

As there are many reasons a woman can have difficulty becoming pregnant, see your doctor to determine whether PCOS is affecting your fertility.

A healthy lifestyle (diet and exercise) has been shown to be very successful in increasing the chances of becoming pregnant. Small reductions in excess weight can assist, so if you are above a healthy weight, weight management and physical activity is the first treatment option. A 5-10% loss of your initial body weight has been shown to help restore regular ovulation and greatly improve the chances of becoming pregnant.

Your doctor might suggest you make lifestyle changes before starting any other form of treatment. Evidence shows that if fertility treatments are needed, they are likely to work better if lifestyle changes have been made already.

Current international recommendations are to achieve either a healthy weight or modest weight loss before pregnancy. This will reduce the risk of complications during pregnancy.

To help you lose weight:

Over 70% of women with PCOS in Australia use natural and complementary therapies to improve one or more aspects of their health. Get more information on how natural therapies can help manage infertility here. 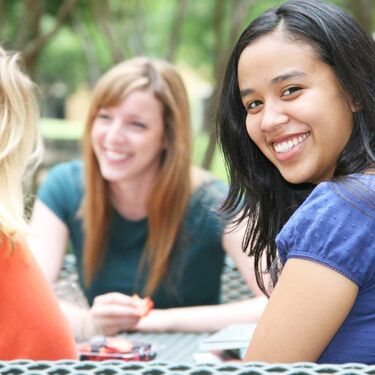 Read more on PCOS in our booklet 'Understanding polycystic ovary syndrome: All you need to know'

There are several days in a woman’s menstrual cycle when pregnancy is possible. If ovulation occurs they are generally around the middle of the cycle.

To improve the chance of becoming pregnant, ovulation needs to be monitored and this way sexual intercourse can be timed to coincide with the days around ovulation.

To help improve the chance of becoming pregnant, watch for the following signs that ovulation is occurring or about to occur:

Around the time of ovulation, a woman might notice her vagina's mucus is slick and slippery.

Some women experience pain during ovulation. This pain can be general or on one side of the abdomen.

As PCOS can affect the regularity of periods it can be tricky to estimate your ovulation time. For more information on possible different methods that may be helpful, please see our webpages on the natural family planning method. An ovulation calculator and an ovulation predictor kit may help you work out when you may be ovulating. If lifestyle changes and weight loss have not helped improve your fertility after 12 months, then your doctor might recommend referral to a fertility specialist for treatment. If you are aged 35 or more, referral after six months is recommended.

Ovulation induction is a treatment, using tablets or injections, to stimulate the ovary to increase egg production. Ultrasounds and blood tests are performed to determine the best time to trigger ovulation.

Ovulation induction is not recommended for women with PCOS who have a BMI greater than 35.

Once ovulation has been triggered, semen (sperm) is introduced either by sexual intercourse or inter-uterine insemination (IUI). IUI is when collected semen is placed directly into the uterus through the cervix.

Aromatase inhibitors are ovulation-inducing tablets. Letrozole is the most widely used. It is one of the options for improving fertility in women with PCOS.

Trials suggest that aromatase inhibitors are the most effective first-line medical treatment for these women. An advantage is that they are less likely to result in a multiple pregnancy (twins, triplets).

Aromatase inhibitors come with added expense. The availability varies internationally, as do the regulations on the use of these medications. Generally, they are not approved for use to improve fertility.

Clomiphene citrate (Clomid) is a tablet that is the most common medication used for ovulation induction. It is often recommended for improving fertility in women with PCOS who are infertile because they do not ovulate.

Not all women with PCOS are responsive to clomiphene citrate, and some might have to use combinations of clomiphene with other drugs (such as metformin) to gain the most benefit.

If pregnancy does not happen within six ovulatory cycles (six months) with clomiphene citrate, your doctor will discuss other options with you.

Metformin can be used for treating infertility in women with PCOS who don't ovulate and who have no other reasons for infertility.

There are currently no guidelines for the use of metformin during pregnancy, and the usual recommendation is to stop metformin once pregnancy is achieved, unless your doctor advises otherwise.

Gonadotrophins are hormones involved in regulating ovulation such as:

They are natural hormones made by the body to regulate ovulation, but they can be used also for medically treating infertility. They are generally used where women have not had success with aromatase inhibitors, clomiphene citrate or metformin.

It is good to discuss with your doctor the health of your fallopian tubes when assessing your fertility.

Fallopian tube testing is a way of assessing whether blocked tubes are causing infertility. Sometimes testing is done before starting fertility treatment or it might be done after trying several cycles of treatment.

Discuss the different testing options with your doctor.

There are also surgical options for treating infertility in women with PCOS.

Ovarian drilling is a surgical procedure that can improve the function of the ovaries and increase, or restore, ovulation.

Ovarian drilling is performed using a laparoscope (a small telescope-like instrument). It is a minimally invasive procedure where an incision is made in the abdomen under a general anaesthetic. Small holes are drilled in the surface of the ovary to remove tissue that produces excessive amounts of androgens (‘male’ hormones such as testosterone). Following ovarian drilling, ovulation is often restored for up to 6–12 months.

This surgery might be considered after other lifestyle or medical treatments have proved ineffective. Discuss with your doctor if it is a good option for you.

Side effects associated with ovarian drilling include a small risk of scar formation around the ovaries and damage to the bladder, bowel or blood vessels.

Weight loss improves fertility and reduces the risk of complications during pregnancy and birth. Lifestyle changes are the first approach to try when attempting to lose weight or prevent weight gain.

Bariatric surgery can be considered only if other weight management options have been tried first but were unsuccessful.

There are numerous risks involved in bariatric surgery. It is important to consider these carefully with your doctor before deciding if this surgery is a good option for you.

It is also important to remember that this surgery is not a quick option for improving fertility, as a woman’s weight needs to be stable for longer than 12 months after the surgery before she tries to get pregnant.

There are still numerous concerns about the risks involved in bariatric surgery. The benefits to women with PCOS wanting to improve their fertility and pregnancy outcomes are still too uncertain to be able to recommend bariatric surgery as a treatment method for infertility for these women. Your doctor will be able to discuss this with you.

For more details about bariatric surgery, see our page on Medical management & surgery for weight loss.

For women who have not been able to conceive naturally or by using medications or lifestyle treatment to improve their fertility, another option is assisted reproductive technology. This includes treatments such as IVF (in vitro fertilisation). Referral to a fertility specialist is necessary for these treatments.

Assisted reproductive technology is best tried after other less intensive treatments have proved unsuccessful. These procedures are costly and demanding, and less effective in women who are older or of an unhealthy weight. The technology is more successful in women who have made lifestyle changes first, even if these changes have not improved fertility by themselves. This web page is designed to be informative and educational. It is not intended to provide specific medical advice or replace advice from your health practitioner. The information above is based on current medical knowledge, evidence and practice as at September 2019.