When the work is all-consuming After more than two years of bravely taking care of the people of Australia, our healthcare workers are exhausted, mentally and physically.

We talk to a group of experts about why it is now time to support healthcare workers by making their mental health and wellbeing a priority.

It’s important for healthcare workers to remember that they are human and have limitations."

Even before the pandemic struck, healthcare workers in Australia were stretched thin. COVID-19 just made the situation a whole lot worse. The physical and mental toll on them has been immense.

In one study of nearly 10,000 healthcare workers in Australia, 71% revealed they had some degree of burnout. More than 60% were anxious and only 28% recognised they had depression whereas the validated scale suggested a much higher prevalence at 58%. Only five percent reported post-traumatic stress disorder (PTSD) although the validated scale suggested 41% had symptoms.

The findings should not surprise. Healthcare workers have been operating in stressful conditions, exposed to a high risk of infection that was exacerbated by a fear of taking the virus home to their families.

“You cannot underestimate the impact COVID-19 has had on healthcare workers at every level of the system,” says Dr Kym Jenkins, a psychiatrist and one of the clinicians behind the Pandemic Kindness Movement, an online suite of resources to support the wellbeing of healthcare workers in Australia.

There were moral and ethical conflicts too.

There were strong feelings of moral distress – healthcare workers having to make judgements and decisions which, whichever way they went, were wrong. There was that constant, ‘I can’t get this right’.”

The fallout from the bruising experience, she says, has been for some healthcare workers to rethink their careers while others have reduced their hours.

The toll on GPs

Dr Karen Price, president of the Royal Australian College of General Practitioners (RACGP), echoes the point. She says the toll on her members has convinced some to retire early while some of the younger GPs have decided to retrain in other areas of medicine.

“GPs are under-resourced and undervalued,” she says. “There is so much change and transition going on. We are very concerned that only 15.2% of young doctors are considering a career in general practice.”

This comes as no surprise to Dr Sarah Whitelaw, Federal AMA Emergency Medicine representative, who says the burden on GPs has been huge. They have had to deal with the expectations of patients against a challenging backdrop that included having to refit practices to make them COVID-safe, pivoting to telehealth, and caring for the wellbeing and safety of their staff.

“Now they’re having to deal with not being able to access other specialist care and watching as patients waiting for elective surgery become sicker,” she says.

According to Jarrard O’Brien, Chief Experience Officer of Alfred Health, the most significant impact on healthcare workers has been fatigue. “This has been an onslaught without a frame of reference for more than two years,” he says. “We’ve never had anything like it before.”

The anticipation of what might happen when COVID-19 hit was almost as challenging as fighting the virus. “In South Australia, for example, where there wasn’t a significant community outbreak until much later than Victoria, there was still pressure on the system and a stress born out of anticipating something bad about to happen,” he explains.

“For the health workforce, it was a double whammy – not just in responding to a new disease but also being worried about their own health and that of their families.”

The extraordinary contribution made by the country’s nurses has been universally acknowledged. But that contribution has come at a cost.

“Nurses are suffering from fatigue and exhaustion,” explains Annie Butler, Federal Secretary of the Australian Nursing and Midwifery Federation, which represents over 300,000 members across Australia.

“They have faced an unrelenting workload dressed in full PPE which made communication with patients challenging and carried a huge emotional burden because they were often the only people that patients had access to. They were at the heart of the country’s COVID response.

“Nurses have been under extraordinary pressure and need a break, a respite.” Dr Joel King, a senior lecturer in psychiatry at the University of Melbourne, says it’s important for healthcare workers to remember that they are human and have limitations.

One of the authors of a paper that looked at the impact of the pandemic on the mental wellbeing of healthcare workers, Dr King says that seeking help is often viewed as failure. “It’s a systemic problem in healthcare and we haven’t done a good enough job in addressing it,” he explains.

“There’s a major bias in the hospital system and healthcare in general where there is a poor perception of people taking time off. It’s seen almost as a character flaw.”

Associate Professor Natasha Smallwood, a respiratory physician who led the Australian COVID-19 Frontline Healthcare Workers Study, says her findings revealed that 73% of healthcare workers did not seek professional help for their mental health issues. Given the levels of burnout, anxiety, depression and PTSD, she was both surprised and unsurprised.

“There’s so much stigma around mental health and it was also difficult to access services.”

The power of kindness

The Pandemic Kindness Movement, conceived by a group of clinicians across the country, is one of the wellbeing strategies that has proved successful with healthcare workers at Alfred Health. It organises resources around the five levels of Maslow’s Hierarchy of Needs, which is a psychological framework that shows the needs we all experience at different times in our lives, from the most basic like food and water, to making a positive contribution.

A/Prof Smallwood and her team are now working collaboratively with healthcare workers to develop strategies aimed at protecting their mental health moving forward. “What we want to do is to introduce evidence-based solutions that healthcare workers want and need. That is the power of co-design.” 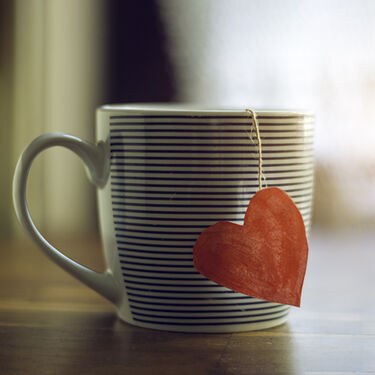 Explore their curated resources and links.