What you didn’t know about STIs…

If you're sexually active, STIs (sexually transmissible infections) are something you need to know about. That's because STIs don't discriminate; anyone can catch one, and it can take just one experience of unsafe sex to do so. Furthermore, not all STIs announce their presence, which means you can't always tell if you – or your sexual partner – are carrying one.

Here, we'll cover some of the lesser-known facts and stats on STIs. If you want to know the basics and how to best protect yourself, you'll find all the information on our Safer sex webpages and in our Jean Hailes Magazine article on STIs.

Chlamydia: some stats to set the scene

STIs can dress in disguise

Many STIs, such as chlamydia and gonorrhoea, commonly show no signs or symptoms, and often women (and men) do not realise they are infected. Signs of these infections in women – such as painful urination, a difference in vaginal discharge, or bleeding – can also be mild or easy to dismiss as other conditions such as a UTI (urinary tract infection) or candida (thrush).

This is why if you or the person you're having sex with is at risk of STIs, it's important to get tested. You can't tell just by looking at someone or yourself – you need to get tested.

Untreated STIs can play a long and dangerous game

Even though some STIs may not have serious signs or symptoms in the short-term, if left undiagnosed and untreated, they can have very serious long-term health impacts. Untreated chlamydia in women, for example, can lead to pelvic pain and pelvic inflammatory disease, ectopic pregnancy and even infertility. 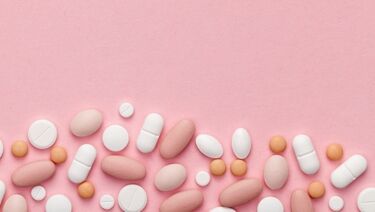 You can't catch an STI from a toilet seat

STIs are caused by bacteria and viruses and, as Jean Hailes specialist women's health GP Dr Amanda Newman explains, once outside the body, they can't survive for very long.

"STIs are transmitted from one person to another during sex, sexual activity or skin-to-skin contact," says Dr Newman. "Most viruses and bacteria don't like dry or hot conditions, and can die off quickly in an external environment. The herpes virus, for example, also needs to enter the body through a break or micro-trauma in the skin."

So even if the bugs were transferred onto the toilet seat by an infected person, they wouldn't survive for long enough to be passed onto the next visitor.

There are two types of herpes viruses: type 1 and type 2. Type 1 is a lot more common and is the main culprit behind cold sores (also known as oral herpes), whereas type 2 is less common and is more often linked to genital herpes.

The two types however, are interchangeable.

Younger people are getting better at getting tested, but there's still a lot of room for improvement

Between 2012 and 2016, there was a 16% increase in the number of people aged 15-29 having a chlamydia test. However, the majority of chlamydia cases remain undiagnosed and untreated.

Australia is leading the charge in the fight against cervical cancer

Almost all cases of cervical cancer – 99% – are caused by an STI called human papillomavirus (HPV). HPV is a very common STI. However, most cases do not develop into cancer.

Research released in 2018 showed a dramatic decline in the rates of HPV infection in Australia, due to the effectiveness of the national HPV vaccine program first rolled out in 2007. In women aged 18-24 years, the HPV infection rate has dropped from 22.7% to just 1% over the past 10 years.

Experts now predict that, in the next 40 years, Australia will likely become the first country to eradicate cervical cancer.

Not all people in Australia have the same risks and rates

Aboriginal and Torres Strait Islander people have higher risks and rates of STIs than non-Indigenous Australians. It is not known exactly why, but is likely due to several reasons.

The key things to remember

If you've had unsafe sex and are at risk of STIs:

To find out more about STIs including symptoms, management options and how to protect yourself, listen to this podcast.