A rare infection makes a comeback A rise in a sexually transmissible infection (STI) that had become rare is now putting syphilis screening on the national agenda.

There has been a concerning rise in the number of cases of syphilis, especially among women of reproductive age (15-44) in Australia.

Professor Paul Kelly, Chief Medical Officer of the Australian Government’s Department of Health, says women in this age group account for around 90% of all female cases diagnosed each year.

Prof Kelly says the added concern with women of child-bearing age contracting syphilis means that if they fall pregnant, their baby is also at risk.

Syphilis can lead not only to babies being born with the infection (congenital syphilis), but it can also cause miscarriage and stillbirth.

Prof Kelly is therefore urging doctors to take a sexual history from all their patients and to consider that infectious syphilis is possible in any of their sexually active patients.

Jean Hailes women’s health GP, Dr Dominique Baume, believes a lack of awareness not just among doctors, but the wider community, has likely contributed to the increase in cases. However, that was now changing because of the current outbreak.

“Syphilis is often thought of as a rare condition, but actually the rates have almost tripled in Australia since 2014,” she says. 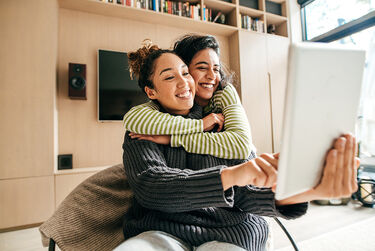 Syphilis is a sexually transmissible infection (STI) that can cause serious damage to the body if not treated. It is, however, easy to treat and cure with antibiotics if found early.

Its symptoms can include a red rash on the hands, back, chest or feet, a high temperature, swollen glands, hair loss and tiredness. Others will notice a painless sore in the mouth, genital or bottom areas. Sometimes a person will not even be aware of the sore because it is not painful.

While there has been an ongoing outbreak of syphilis in some Aboriginal and Torres Strait Islander communities in regional, remote and very remote areas of Queensland, the Northern Territory, Western Australia, and South Australia, increasing cases are now being detected in major Australian cities in the broader population.

Congenital syphilis occurs when the infection is passed on during pregnancy from a mother to her unborn baby. However, most cases of syphilis that occur during pregnancy have no symptoms, according to Professor Basil Donovan, head of the Sexual Health Program at the Kirby Institute, an organisation dedicated to the prevention and treatment of infectious disease.

“For pregnant women, this can be catastrophic,” says Prof Donovan. Why the rise in cases?

Prof Donovan says that over the past 20 years, young people have become more relaxed about the risks of HIV, which in turn had led to them becoming less vigilant about the risk of contracting other STIs.

He says while HIV “had put the brakes on” risky sexual behaviour, lowering STI infection rates, those rates were “now rebounding towards where we were before HIV.”

He says it’s important to remember that syphilis can be transmitted through oral as well as vaginal sex. “[Young women] are still using condoms more than their parents or grandparents did in the pre-AIDS era, but [they] have more sexual partners than a decade ago,” he says.

Prof Donovan says that many doctors had stopped testing for syphilis because it had become so rare. The infection can be detected with a simple blood test.

“If syphilis tests were done as regularly as HIV [tests], detection rates would be higher and that would go a substantial way to bringing the problem under control,” he says. “If you have genital ulcers, the doctor will think herpes and not test for syphilis. We need to revive awareness among women.” 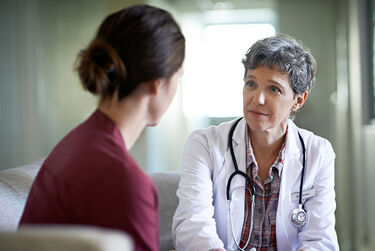 How women can protect themselves

She says women are largely very aware of good sexual health practices, especially around contraception. “It can be easy to occasionally forget to use condoms, and even when used regularly, they are not a foolproof method of preventing STIs,” she says.

“Syphilis is also frequently asymptomatic [showing no symptoms] and so can go unnoticed for many years. That is why screening is so important with a yearly sexual health check-up in young people, and more often in at-risk groups.”

Screening is also advised for anyone of any age with a new partner.

Women need to consider sexual health check-ups every year until the age of 30, and more often with new partners. Dr Baume says she would like to see women in reproductive years have STI screening as part of a pre-conception check-up, and at the first pregnancy visit. This may be repeated later in pregnancy if a woman is in an at-risk group.

She says that as syphilis can often not show symptoms for years, screening for it also remains important beyond a woman’s child-bearing years.

“As syphilis can be latent [not yet showing symptoms] for many years, screening is still important in women past their reproductive years and should be considered as part of a general women’s health check every year,” she adds.