Studies suggest avoiding caffeinated drinks if you have overactive bladder Research suggests that reducing or completely cutting out caffeinated drinks from the diet, or choosing decaffeinated options, can greatly reduce symptoms of overactive bladder (OAB).

OAB is a condition in which a person experiences the sudden, urgent need to urinate, which they cannot control and can cause them to leak urine. Other symptoms include waking up to urinate more than two times per night (nocturia) and urinating eight or more times in 24 hours.

OAB can make a person feel embarrassed, depressed or anxious, but the good news is that this research offers hope to people in managing their condition.

Researchers from Loma Linda University in California, United States, conducted a review of peer-reviewed articles published between October 2011 and September 2015.

They found that the impact of caffeine on OAB symptoms depends on the dose of caffeine. Moderate to high amounts of caffeine were found to be associated with urgency, frequency and urge incontinence (UI), while consumption of low-dose caffeine, as found in decaffeinated coffee, has not been associated to OAB symptoms.

Jean Hailes for Women's Health pelvic floor physiotherapist, Janetta Webb, agreed there was evidence that bladder symptoms such as frequency, urgency and UI could be helped by eliminating caffeinated drinks, as well as alcohol and carbonated drinks, but said this was often just one step in managing the condition.

"This will usually be combined with a bladder training program and, for some women, medication and further testing to ascertain the causes of the symptoms," she said. 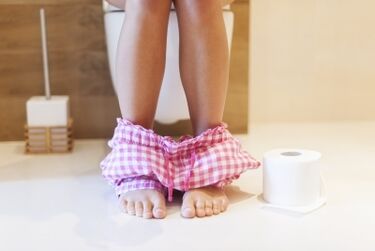 For more information on bladder health, visit our bladder and bowel webpages.

The NECST Network – Who are we and what do we do?