Step away from the smartphone! Your guide to a digital detox

How many times a day do you check your phone – for a new message, an email, or to scroll through Instagram, Twitter, Snapchat or Facebook? Do you share a post – and then check back a minute later to see who liked, who commented, who shared?

We are fast becoming inseparable from our phones. Often, they are last thing we touch at night and the first object we interact with in the morning.

And we just can't get enough.

Do you need to go on a 'digital detox'? On a basic level, a digital detox is about cutting down or having break periods from the use of electronic devices such as smartphones or computers. It is often regarded as an opportunity to decrease stress or focus on social interaction in the real world.

In Australia, 84% of us have smartphones, and on average we check them 30 times a day. In one American survey, 43% of respondents considered themselves to be a 'constant checker'; that is, they are attached to their phone at all times, and check their emails, texts or social media accounts constantly throughout the day.

If this sounds like you, or if you just want to be more mindful or have a break from social media, you may want to consider a digital detox. Here we consider why and how you might want to get some distance between you and your (beloved) device. 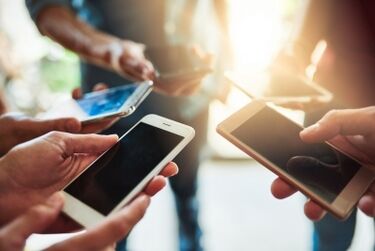 Why do a digital detox?

Although there are definite upsides to social media – connecting with people interstate and overseas, the ease of sharing your thoughts and life with many people in a multitude of ways – research is revealing some important findings on how spending too much time online may negatively affect mental health.

A 2015 study from Ottawa, USA, found that teenagers who used social media for two hours or more per day were significantly more likely to suffer from poor mental health, symptoms of anxiety and depression and suicidal thoughts.

Another 2013 American study found that the more that people used Facebook at one time point, the worse they felt afterwards; and the more they used Facebook over two weeks, the more their life satisfaction levels decreased over time. Other studies have linked heavy social media use with addiction and dependency.

But what's actually at play here? If we're connecting with people all across the world – sharing our thoughts, feelings, experiences, photos, videos and snaps – why doesn't this make us happier?

A 2017 study from Italy may hold part of the answer: the researchers found that face-to-face communication and having trust in other people is strongly linked to mental wellbeing, and when a person spends large amounts of time communicating on social media, rather than in person, it alters how much they naturally trust another person, and how happy and satisfied they feel in their life.

The study found that spending large amounts of time on social media may lead to more face-to-face time – for example, receiving an invitation to a birthday party through Facebook or chatting with a friend on Instagram and deciding to meet up for coffee – but the results concluded that the overall effect of online networking on mental wellbeing is significantly negative.

So based on these findings, if you want to increase your mental wellbeing, put down your smartphone and spend more time with people … in the real world. How to do a digital detox

Of course, the easiest way to do a digital detox is to throw (or give) away all your devices and never think about them again! But if you still want to live in the modern world, you instead need to look at carving some tech-free time into your day.

Here are some tips to help you along the way.

First of all, tell your close friends and family about your plans. Talking about it not only helps to cement the idea for yourself, but also helps you to avoid potential issues that might arise from changing your regular social media use. If, for example, you used to be contactable on Facebook day and night, your friends won't be suddenly offended if you don't reply their messages until the following morning. Plus, it's also helpful for your family to know how to contact you if there is important news or an emergency.

Keep your phone out of your bedroom at night. Make a habit of putting it on silent, charging it in another room. If you use your phone as your alarm, swap it for a real alarm clock (if you don't have one, buy one; a little wind-up is very cheap).

There are so many benefits to making this simple switch. Firstly, it keeps you from checking your phone before you go to sleep and during the night – out of sight, out of mind. Plus, because our phones are often the first thing we interact with in the day, it creates a distance between you and it, allowing you to wake up properly and set your own tone for the day.

Turn off push notifications. So many apps keep us coming back for more because of various pings, buzzes and beeps throughout the day and night. Our fear of missing out is on overdrive and we're constantly being told (or tricked into thinking) that something needs our attention. Put yourself back in the driver's seat, turn off notifications and use your phone on your own terms and in your own time – not when it tells you to.

Set a limit on how much you're going to use your phone/device – make it reasonable and right for you and your life. Here are some tips for you to make your own: 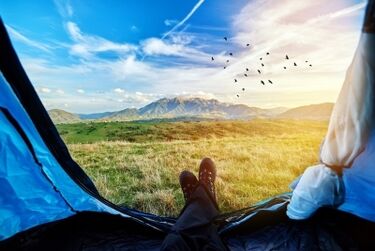 Choose one or two limits, try it out for a week, or set yourself another timeframe, and don't be afraid of adapting as you go.

So before you stop reading this article (to check Instagram for any exciting new posts!), have a think about whether you could benefit from easing off your screen-time. Re-read the tips above, and consider what might work for you. You don't have delete your entire social media presence; it's more about making some small changes here or there, to be more mindful of your time spent online.

Don't be afraid to try a digital detox. Rest assured, the online world will still be there waiting for you when you're done.