Sleep across the lifespan 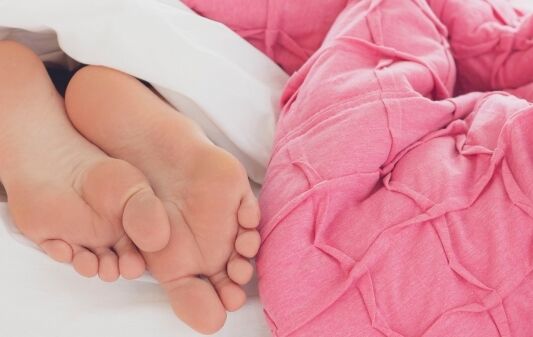 Women not only experience sleep differently from men, but are at increased risk of sleep changes and disturbances at different life stages.

An American review of dozens of separate studies has confirmed that during times of hormonal change, women are at increased risk of poor sleep and sleep deprivation, as well as sleep disorders such as restless legs syndrome, obstructive sleep apnoea and insomnia.

The review, titled Sleep in Women Across the Life Span, examined studies of the sleep cycles of females, which ranged from the study of infant females through to females in childhood, at puberty and during pregnancy, perimenopause and postmenopause.

It was found that each phase of a woman's life increases the risk of sleep disturbance in unique ways that may need management from a health professional.

"Difficulty with sleeping is a frequently reported symptom in women going through menopause, whereas in younger women, sleeping problems can sometimes be a symptom of thyroid disease," she says.

In the review, some studies did not show any differences in neonate (four weeks of age or less) boys and girls, while others found boys slept more restlessly and parents reported excessive crying. Other studies suggested that the central nervous system matured more slowly in baby boys than girls.

The review authors concluded that sleep in early life was a dynamic process that changed every few weeks. So while there may be some differences in sleep between baby boys and girls, the frequent changes had not been fully explored.

Again, the review authors found that sex differences in sleep at this age was also difficult to detect, with differences only becoming more evident once children reached puberty.

The main sex differences became apparent once a girl began menstruating. With the first period, the ovaries begin secreting the hormones estradiol and progesterone, which are released into the bloodstream. There, during each cycle, they regulate a variety of the body's functions, including the sleep-wake cycle.

Studies noted an increase in the brain's electrical activity in the second half (luteal phase) of the menstrual cycle, after ovulation, when both estradiol and progesterone levels were high.

Studies have suggested an interaction between the menstrual cycle and the circadian system (our body's biological clock). In healthy women, REM sleep (rapid eye movement sleep, the sleep phase when your brain is most active) was reduced during the mid-luteal phase compared to the mid-follicular phase. REM sleep is thought to be important for learning, memory and mood. This may explain why some women subjectively report poorer sleep quality leading up to their period.

Psychological factors may also influence women's sleep. With the onset of periods, women are also twice as likely to have mood disorders as men. Insomnia is also more likely; women aged 15-30 years have a 28% higher risk of reporting insomnia than men of the same age.

The review found that both sleep quality and duration were affected by pregnancy, which became more pronounced the more advanced the pregnancy was. Some sleep issues were due to bodily changes to accommodate the growing baby, such as musculoskeletal discomfort and the increased need to urinate, which could potentially affect sleep duration, fragmentation (how often sleep was broken) and breathing, while metabolic changes could increase the chance of restless legs syndrome.

Reflux also usually worsened with pregnancy progression, which also had the potential to disrupt sleep.

One study found that women in the third trimester of pregnancy had 30 minutes less total sleep time than non-pregnant women, but were also more likely to be short sleepers (less than six hours) or long sleepers (more than nine hours). Other data found that some women in the second trimester of pregnancy self-reported a decline in sleep duration, with almost 28% sleeping less than seven hours a night.

Sleep-disordered breathing (SDB) is another condition associated with problems during pregnancy. It has been shown to increase the risk of gestational diabetes and in several studies has also been associated with an increased risk of hypertensive disorders of pregnancy.

Sleep disturbances have been shown to affect 40-60% of perimenopausal or postmenopausal women, with chronic insomnia possible in as many as 31-42% of women by the end of their menopausal transition.

There are many factors that can affect a woman's sleep quality in the latter part of her life and they usually relate to vasomotor (related to the blood vessels) symptoms, hormonal changes, age-related changes and increases in conditions such as depression and SDB.

Unfortunately, simply getting older has shown to have an impact on sleep quality. One study showed that, regardless of a woman's menopausal state, ageing was related to less total sleeping time, more waking up during the night and poorer sleep efficiency.

However, Dr Chow says help is available for women suffering from poor sleep quality, at any life stage, and they didn't need to put up with bothersome symptoms.

"There are many factors that contribute to poor sleep, and many of these can be addressed," says Dr Chow. "For example, menopause hormone therapy has been proven to improve sleep quality in menopausal women and this can have a profound impact on quality of life."