Sex can be a tricky topic to talk about, but does it have to be? And is it getting any easier for younger generations? We chatted to two experts about better and more productive ways that we can talk about sex – to our kids, partners and each other – and help women of all generations to lead healthier, happier lives.

Maureen Matthews is a sex educator, speaker, and writer for The Sunday Age advice column, ‘About Last Night’. Vanessa Hamilton has 25 years’ experience as a sexual health nurse. She’s now the founder of Talking The Talk, providing sexuality education to parents, teachers, students and health professionals. They’re both here to set the record straight.

What are your top tips for parents talking to their kids about sex?

Maureen Matthews: “Parents often freak out if their six year-old asks them about their genitals or where babies come from. But parents need the confidence to be able to give them age-appropriate information, something that introduces the concepts.

“They need to take that opportunity, without anxiety, in a casual way, just as you’d explain why the ocean tide goes in and out or any other thing that they ask you about. Give them some basic knowledge and a framework to build on.

“And if parents feel uncomfortable, lacking in information, or don’t know what’s age-appropriate, that’s why people like Vanessa Hamilton exist.”

Vanessa Hamilton: “My take-home message for parents is to ask yourself, ‘who do you want to be to be the main person to teach your child about the topics of sex and sexuality?’ Usually parents say ‘I want it to be me’. Then I ask, ‘well, how are going to get in there first? Before social media, advertising, pornography, music videos, the kids in the playground’. It’s about getting in there and having those conversations early.

“Talk to them about puberty before it happens to them. And be prepared that not all kids are cis-gender or heterosexual – I’ve got a podcast about that where people can learn how to respond if that’s the case.”

Be both ‘teachable’ and ‘askable’ parents. Own up and explain that it’s hard and embarrassing, and that’s okay.

Why are we so afraid of talking about sex to our kids?

“Parents also worry about what’s age-appropriate, ‘what if I tell them the wrong thing’, or that it’s giving them permission or sexualising them. The evidence does not show that. If it’s too much information, it goes over their head. You want to be the first person to tell them and that there’s nothing wrong with it.”

How is pornography impacting how people are learning about sex?

MM: “It’s complicating things for young people. It might be where they get their ‘mechanical information’ from, as in ‘what goes where’, but it’s a totally misleading scenario. Think of any action movie with a car chase, you wouldn’t advise young people to use that as their training manual for how to drive a car!

“For young women [especially heterosexual cis women], I think pornography brings about a very unrealistic idea about the visuals of sex. I’ve heard of a young woman who when she lost her virginity, she said to her friends, ‘I think I looked great’. She was so focused on what she looked like, and not what she was feeling or experiencing.”

VH: “The stats are showing us that kids are accessing pornography. It’s not their fault that it exists, but it’s influencing their journey through life and that’s not okay.

“How much is it impacting them? In the absence of adequate sexuality education elsewhere from home and school – they’re learning from it. And we’re seeing that in their stories, and I’m angry and devastated that us adults aren’t doing enough.

“The kids just don’t know any different. They all think that what’s expected, but we can counteract this with adequate education.” 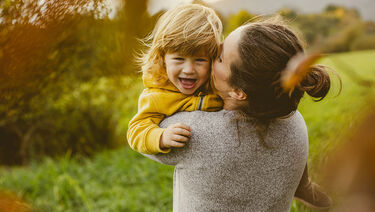 How has sex education changed in the past 25 or 50 years in Australia?

VH: “In the past 25 years, it hasn’t changed enough. We have progressed, but we’re really struggling and lagging behind other countries who do it very well.

“[Traditionally in Australia], it’s been taught on a basis of fear and danger, and what we should do is change that to an attitude of joy and positivity.

“I also think ‘sex’ is a very unhelpful word. It’s too narrow for what we know about the depth and breadth of human sexuality. Rather than ‘sex ed’, I teach human sexuality.

“Kids need to know that everyone is a sexual being. Children don’t become sexual beings the day they turn 18. The global research tells us that when we teach age-appropriate comprehensive sexuality education to kids from a young age throughout their schooling, they have much better outcomes later in life.”

“[In my work at schools] I teach consent to kids in prep. I don’t teach sexual consent, but we talk about the importance of permission [for example, by asking 'Can I tie your shoelaces?'], and the analogy carries with them to sexual relationships and intimate encounters later on.

“Consent is about decision-making, it’s not about action. All things that people do together should be enthusiastic, ongoing and mutually negotiated. Say if two people are both playing Lego and they’re both enjoying it; if one person then decides they don’t want to play Lego anymore, then you can be pleased you provided a safe space for them to communicate that.”

How can couples talk to each other about sexual problems?

MM: “Couples need to be able to communicate about sex. Get informed before you start the conversation, so you feel confident about what you want to say and the points you want to make.

“If possible, try not to be judgemental, because that immediately makes people defensive and then they stop listening to you. The object of the exercise is not to make the other person ‘wrong’, it’s to successfully communicate.

“It’s better to say something along the lines of “I feel… when you do…”. And importantly, listen to their side of the story without judging. Let the person have their say. We’re all human, we all have our flaws, but being willing to listen to each other with respect is incredibly important.”

How can older women broach the subject of sex and protection in new relationships?

MM: “It is difficult if you’ve been out of the dating scene for a while. One of the biggest things is that older people haven’t grown up with the safer sex messages, so it can be incredibly awkward for them to talk about condoms, and things of that sort. But older women are increasingly being represented in sexual transmissible infections (STIs) rates. [Between 2000 and 2018, research found that STIs in general were increasing among heterosexual women in Australia aged 55-74 at a faster rate than among younger heterosexual women.]

“So you not only need to be able to do the talking about condoms, but maybe have creative ways [of putting on the condom] or make it part of the fun.

“Older people need to know that if they have unprotected sex, they need to consider getting an STI check. It can be a bit embarrassing, but if you get the tests that a lot of us have to have regularly anyway, like blood sugars, cholesterol and everything else, you can say to your GP, ‘could you also check for STIs?’. A urine test is all they usually need to give. It’s important to accept the fact that just because you’re 65, it doesn’t mean that you can’t get an STI.”

What often gets overlooked when we talk about sex?

MM: “Pleasure – often there’s not very much emphasis on pleasure for women.”

We need to encourage women to believe that having sexual experiences [whether it’s outercourse or intercourse] can give them pleasure, it’s not just something they do to give their partner pleasure.

“And if they are feeling pain, or they’re not experiencing any pleasure, don’t accept that and think ‘that’s just me’. Pursue it, because every woman should expect to experience some level of pleasure and enjoyment in their intimate life.”