One in five women in Australia over the age of 15 will be sexually assaulted. But few will know what they need to do if it happens to them. We asked experts what those vital first steps are.

If you have never been the victim of a sexual assault, you will almost certainly know someone who has. Because the statistics are sobering – one in five women in Australia over the age of 15 will experience sexual assault. Most will be left traumatised – and few will know what they need to do afterwards.

“The best thing to do is to tell someone,” says Dr Ellie Freedman, medical director of the Northern Sydney Sexual Assault Centre and staff specialist at the NSW Education Centre Against Violence.

Alison Howarth, clinical engagement manager for 1800 RESPECT, the national sexual assault, domestic and family violence counselling service, agrees. “Research tells us that people don’t want to be fixed at this time,” she says.

People who have been through trauma want someone to sit with them, believe them, and be able to tell their stories in their own words.

Dr Freedman says it is important for a victim survivor to seek medical care, including a forensic examination, as soon as possible following an assault. This is best done in a hospital that has a medical forensic service. Not every hospital has one, but a quick call to any hospital will provide the name of the closest sexual assault service. In looking for evidence such as semen or saliva, a health professional may take swabs from the woman’s vagina or anus. They will also look for any injuries to the genital area or other parts of the body. Ideally, the forensic examination would be done within five to seven days following an assault.

“Having a shower or going to the toilet or having something to eat or drink will interfere with the samples,” says Dr Freedman. “But it’s much more important that people look after themselves. We would ideally like you not to have a shower, but understand if you can’t bear not to do that.”

It is, however, advisable to keep any clothing worn at the time of the assault in a bag. Sheets or towels should also be kept in a reasonably dry place and then handed over for testing. “Particularly underwear worn at the time of assault is a valuable piece of evidence,” she says.

Most victim survivors are concerned about pregnancy or sexually transmitted infections (STIs). “But you have a bit of time to work that stuff out,” says Dr Freedman. “You can get emergency contraception through the pharmacy or the hospital, and you can check with your GP at 10 days for any infection to show up.” 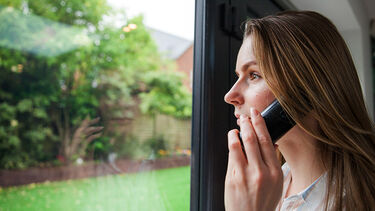 Reporting assault to police – your choice

Dr Freedman says victim survivors experience a range of acute stress reactions. They need to make sense of the emotional response they are having.

“Immediate crisis counselling through national helpline numbers like 1800 RESPECT is a great resource,” she says.

Ms Howarth says counsellors who answer calls on the 1800 RESPECT line can put callers in touch with all support services that may be needed.

One step at a time

For weeks after an assault, most victim survivors will struggle with sleep and have trouble concentrating. They may also feel anxious and unsafe.

“Having a plan to deal with those things is a good idea,” says Dr Freedman. “Have someone within your household who knows what happened to you. This will help you to re-establish safety and daily routines.

The majority of people will get better, even if it feels your life has fallen apart.

Victim survivors continue to be at risk if they are in a relationship with their attacker, or if that person is known to them. Changing locks and/or securing an apprehended violence order (AVO) – an order made by a court against a person who makes someone fear for their safety, to stop them from doing so – can be considered. Victim survivors might need to stay somewhere else while they work out their next step.

“It’s important that they are helped with safety planning and there is a victim services scheme that can help with this,” says Dr Freedman. 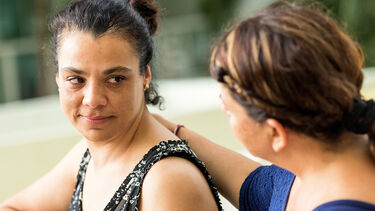 Most vulnerable at highest risk of abuse

Of the survey’s 9361 respondents, 2.6% reported having been subjected to sexual violence by a partner or ex-partner in the previous 12 months. At 5.5%, respondents aged 18-24 were the most affected age group, with women aged 65-74 the least affected at 0.1%.

Of those cohorts, it was women with a disability who suffered the highest incidence of sexual violence during the reporting period, at 4%.

Director of policy and advocacy with People with Disability Australia, Romola Hollywood, said the survey results highlighted “the scale and extent of violence [and sexual violence] against women and girls with disability”.

“We have known for some years that women and girls with disability disproportionally experience higher rates of violence, including sexual violence, than our non-disabled peers,” she said.

“It’s likely these figures are only scratching the surface, as many women and girls with disability often face barriers in making reports and accessing specialist domestic violence services.”

Giving back power and control

After an assault, it is important to give victim survivors some power and control. Many will feel guilt and shame and are often too scared to tell a loved one.

This can sometimes be a problem in some cultures or communities, where victim survivors may feel shame about talking about violence outside – or even within – their community.

“It’s necessary to provide messages about not being judged and messages around confidentiality,” says Dr Freedman. “All services are confidential. Information will only be disclosed with your consent.”

When victim survivors decide to talk about what happened to them, it helps to listen without judgement. Consider saying, “I’m sorry that happened to you. What do you want to do now?”

Ms Howarth suggests listening to understand, rather than listening to fix. “It’s important not to use interrogative language. By asking questions, we are putting the burden of proof on the victim survivor.”

For more information, go to www.1800respect.org.au