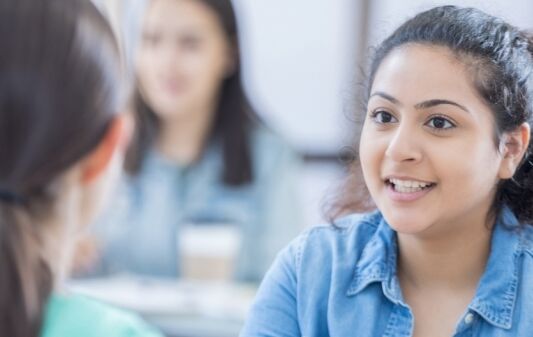 We talk to gynaecologist and specialist pain medicine physician Dr Susan Evans about how earlier identification and treatment of young women with severe period pain can assist in the management and prevention of persistent pelvic pain.

What is persistent pelvic pain?

Persistent pelvic pain occurs in the area below the belly button and above the legs. It is defined as pain felt on most days for six months or more.

Dr Evans says that women with persistent pelvic pain may experience up to 15 symptoms within the pelvic region as well as outside it (extra-pelvic symptoms).

Women with persistent pelvic pain often have a condition called endometriosis. Endometriosis affects around 10% of women of reproductive age and causes painful symptoms in 75% of them. It occurs when cells similar to those that line the uterus are found in other parts of the body (usually the pelvic area), causing lesions and scarring.

"And, to make it even more complicated, women without endometriosis can have very similar pain symptoms," says Dr Evans. "You don't have to have endometriosis to have pelvic pain."

Dr Evans says persistent pelvic pain can have a negative effect on the wellbeing of teens and young women.

She says an Australian study of 1051 teenage girls showed that one in five girls aged 16-18 had period pain severe enough to miss school.

"It can be a very difficult time for teenage girls – especially where their period pain is complicated by other symptoms such as pain from pelvic muscles, the bowel or the bladder – so it is important for young women with bad period pain to learn about their pain and seek help if they need it," says Dr Evans.

"Unfortunately, period pain is sometimes wrongly dismissed as just a 'normal' part of being a woman."

Dr Evans says that although period pain is common, there is still "lots we don't know about why it happens to some people, but not others".

"More research is needed," she says.

Dr Evans says that if health professionals can better identify and treat young women with severe period pain earlier on, then improvement in the health of a whole new generation of young women may be possible.

"In that way, they can live their best life, with less pain, and reduce the chance of their pain becoming more complicated as they get older," says Dr Evans.

The pain you cannot see

Dr Evans says one reason it can be difficult for others to understand a young woman's pelvic pain is that, unlike an external injury, it cannot be seen. And when pain is 'invisible', women can sometimes have a hard time having their pain taken seriously.

"If someone has a broken arm, other people can see where the pain is located, they can understand why it hurts, and they can imagine that it might one day happen to them too," says Dr Evans.

"Not so with pain in the pelvis."

The role of the brain

It is important to understand the role of the brain and spinal cord in pain that has been there a long time.

Any pain, in any part of the body, that has been there for more than six months involves changes to the way the brain processes pain signals, says Dr Evans. This is called 'central sensitisation'.

In central sensitisation, the original cause of the pain may no longer be there, but the nerves in the pelvis start sending pain impulses to the brain at any time, not just when there are actual pain triggers. This is when pelvic pain becomes persistent pelvic pain.

How to help young women with persistent pelvic pain

"If you have a daughter, or you are a teen with bad period pain, keep an eye out for new symptoms or pain that starts to come on more days of the month. It is always easier to get on top of these pains early," recommends Dr Evans.

"Remember that every person is an individual and the symptoms will be unique to that person."

Severe period pain is a common feature to look out for, as is endometriosis. Also, pay attention to bowel and bladder symptoms and extra-pelvic symptoms to do with headaches, fatigue and mood.

"If you are concerned, seek an appointment with your doctor to discuss," says Dr Evans.

Often a good start is to write down each of the different symptoms you have, and work with your doctor to make a plan for each one. Dr Evans' book, Endometriosis and Pelvic Pain, available from the Pelvic Pain Foundation of Australia as a book and e-book, has a section on each type of pain, what it means and how to manage it.

"For example, a young woman with the severe period pain of endometriosis may also have the stabbing or aching pains of pelvic muscle spasms, and the fatigue of central sensitisation," says Dr Evans.

She says a different treatment may be required for each different symptom or its cause.

"Surgery can remove the endometriosis lesions, hormonal therapies can reduce the number of periods, a daily walk, stretches and pelvic physio can reduce the muscle spasm and there are special medications for central sensitisation," Dr Evans says.

"There is enormous hope for the prevention of persistent pelvic pain in the future, and I do believe that by managing pain early on, we can modify a young woman's health and set her on a healthy pathway."

For more information on pelvic pain, see our story on page 8 of this issue of the Jean Hailes Magazine or visit the Pelvic Pain Foundation of Australia.

Read the guidelines
Download the article as a PDF