One hour per week of exercise protects against depression, study shows

New research from Norway reveals that a minimum of one hour of exercise per week can help prevent depression.

The Health Study of Nord-Trondelag County (HUNT), published in The American Journal of Psychology, demonstrates that regular leisure-time exercise of any intensity provides some protection against depression.

Depression is a serious and common illness that affects one in five people in Australia. People with depression find it hard to function each day, physically, mentally and emotionally.

The HUNT results indicate that 12% of new cases of depression could have been prevented if participants had engaged in at least one hour of exercise each week.

While the study confirmed that more active individuals are less likely to develop depression, it also showed that the benefit decreases over time as the total time spent exercising increases. One hour was shown to be the best time period spent exercising; either too little or too much exercise did not show an association with depression.

Interestingly, the study found that exercise did not protect against anxiety.

Dr Helen Brown, Head of Translation, Education, and Communication at Jean Hailes for Women's Health, says the implications of the study are significant in identifying tangible ways to prevent the onset of depression.

"The notion of people being able to fortify themselves against depression by undertaking a manageable amount of exercise is extremely motivating," says Dr Brown. "Equipping Australians with a simple approach to preventing depression will pay huge dividends for individuals and the population alike."

Depression is a major public health problem globally. According to the World Health Organization, more than 300 million people are living with depression, representing an 18% increase from 2005 to 2015.

On average, one in eight women in Australia will experience depression. Depressive disorders were ranked as the fourth biggest cause of death and disability in Australia in the 2016 Burden of Disease Study. Worryingly, depressive disorders claimed lives at a rate of 776 per 100,000 Australians in 2016, which was significantly higher than comparable high-income countries.

"With around three million Australians currently experiencing depression or anxiety, the need for effective, low-cost interventions to address and prevent the formation of depressive illnesses is paramount to keeping our society healthy," says Dr Brown. 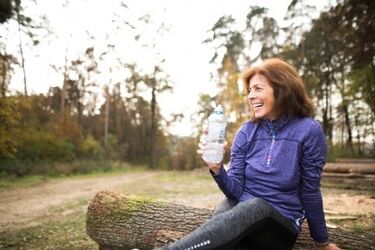 "A range of effective treatments can help those with depression," says Dr Brown. "However, if we can prevent depression from occurring in the first place through something as simple as a minimum of one hour's exercise, this would be ideal."