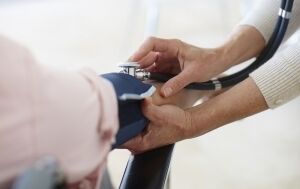 Controversy continues to surround the use of hormone replacement therapy (HRT). New research over 25 years in a small group of 80 women found taking HRT was safe for some women.

The research, which was conducted by New York University and presented at the American Society for Reproductive Medicine meeting, found that there was no evidence to link HRT to any life-threatening conditions. This small study followed 80 women using HRT over a 10-year period, comparing them with 56 women who had not taken the treatment during menopause.

Fluctuations in oestrogen, progesterone and testosterone hormones in the body during menopause create symptoms such as hot flushes (increase in body temperature), night sweats, changes in mood and vaginal dryness. HRT can alleviate some of these symptoms.

Women who took HRT for up to 25 years were no more likely to develop breast cancer, heart disease or diabetes than women who did not take the treatment, the study found. Lead author and professor of obstetrics and gynaecology, Dr Lila Nachtigall, says "we found women taking HRT over a long period of time to be in very good health."

Jean Hailes endocrinologist Dr Sonia Davison says there has been considerable negative publicity about HRT in recent years, as the focus has seemed to concentrate on the risks of HRT rather than highlighting its benefits. As a result, the decision to use HRT can be very difficult for some women around the time of menopause who have bothersome symptoms, or who are considering a trial of HRT for other purposes (such as early bone thinning).

"This research in a small group of women provides a positive message about HRT, as HRT use for 10 years does not seem to be associated with any significant adverse outcomes, such as breast cancer, but in fact was associated with good health", says Dr Davison. "This research needs to be followed up by a placebo controlled study, but is comforting for women who may be considering HRT use, and consistent with the current consensus regarding HRT - that the benefits far outweigh the risks in healthy women who are within 10 years of the menopause."

Read more about the benefits and risks of HRT.