Leading experts in menopause management have welcomed a UK study that suggests the risk between breast cancer and menopause hormone therapy (MHT) is less than previously reported.

The study published in the British Medical Journal (BMJ) found lower risks of breast cancer associated with the types of MHT most commonly prescribed in Australia.

The director of the Women's Health Research Program at Monash University and past president of the International Menopause Society, Professor Susan Davis, called the study’s findings “incredibly reassuring”.

Prof Davis said for women using oestrogen only, the study put women’s overall breast cancer risk at 3 per 10,0000 women. “You may have more chance of a car accident,” she said. “Seriously, it’s more dangerous to walk out your house.” 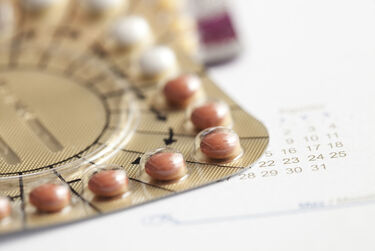 Many women have remained skeptical of the safety of MHT – formerly known as hormone replacement therapy (HRT) – since the 2002 publication of the Women’s Health Initiative study in the US. The sensational misreporting of the study’s data prompted many women to abandon or steer clear of MHT over fears it caused breast cancer.

This latest study – ‘Use of hormone replacement therapy and risk of breast cancer: nested case-control studies using the Research and CPRD databases’ – examined the breast cancer risks associated with different MHT treatments in the United Kingdom, in women diagnosed with breast cancer from 1998 to 2018.

Prof Davis said one treatment examined by the authors, oestrogen with dydrogesterone, was found to have no increased risk with less than five years’ use, and after that the risk was marginal.

That’s one of the most common combinations we prescribe in Australia. It’s a good news story.

However, such a study was “not the gold standard type of research”, said Jean Hailes endocrinologist and president of the Australasian Menopause Society, Dr Sonia Davison.

Dr Davison said gold-standard research would compare MHT with placebo or dummy treatment. Further, the fact that the research examined a 20-year period meant it included different hormone treatments which were now used infrequently or not at all.

Prof Davis says the most common combinations used by women in the study were the traditional therapies of oestrogen with synthetic progestin (medroxyprogesterone or norethisterone) “that we know cause breast cancer” and which were now not used in Australia.

She said different methods of treatments were also not assessed separately. “They don’t separate transdermal from oral, it’s just all lumped together,” she said.

Dr Davison said while expert guidance and advice was crucial for every woman considering MHT, international menopause expert societies all agreed that for healthy women around the time of menopause, the benefits of MHT far outweigh the small risks associated with its use.

It is a matter for every woman to weigh up quality of life, bothersome symptoms, bone and cardiovascular health and her own risks of breast cancer, given her individual circumstances and population risks.

Jean Hailes medical director Dr Elizabeth Farrell said it was important to acknowledge the fact that “women do get breast cancer”, as breast cancer remains the most common cancer diagnosed in women.

“The crude incidence rate of breast cancer in one of the cohorts was 33 per 10,000 women years, whereas the crude incidents of women not exposed to HRT was 31.5,” Dr Farrell said. “People think the balance is always way up on the [MHT] side, so I think that figure is really important.”