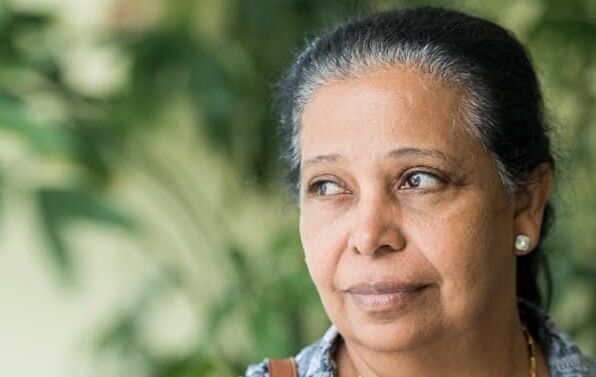 Australian menopause experts are urging women to talk to their doctor about their use of menopausal hormone therapy (MHT) if they have concerns following today's publication of a large study linking MHT to an increased risk of breast cancer.

The study, published in UK medical journal The Lancet, says that women who use MHT for more than five years have an increased risk of breast cancer.

However, the International Menopause Society (IMS) says most of the information reported in the paper was "not new" and was mostly based on treatments different to those now recommended. The paper is by the global Collaborative Group on Hormonal Factors in Breast Cancer.

MHT, formerly known as hormone replacement therapy, or HRT, has long been considered a safe way for healthy women to manage menopausal symptoms such as hot flushes and vaginal dryness. About 12 million women world-wide use MHT.

In a statement about the report, the IMS said most of the hormone therapies used in the 58 studied trials – oestrogen only, oestrogen plus daily progestogen and oestrogen with intermittent progestogen – were different from those currently recommended.

"We're recommending people use transdermal [topical] oestrogen," says Melbourne endocrinologist and IMS member, Professor Susan Davis. These are hormone preparations that are absorbed through the skin either as patches or gels.

The report said that vaginal oestrogens – used locally into the vagina as creams or pessaries – was associated with "little risk" of breast cancer, as was the use of MHT for less than one year.

Jean Hailes endocrinologist Dr Rosie Worsley said the study published in The Lancet "doesn't change clinical practice" and that the different health risks and benefits for any individual woman would have to be carefully weighed up by each woman with her doctor.

"Breast cancer risk is only one aspect of a woman's life and her risk is determined by multiple factors, meaning that hormone therapy needs to be considered in the context of the whole woman, not just statistics."

Prof Davis said that it was important to "look at what's biologically normal" and that it was normal for young women to have oestrogen in their bodies.

Prof Davis said the "take-home" message of the Lancet paper needed to be that obesity is an important risk factor for breast cancer. The report showed that from the age of 50 years, the increase in breast cancer risk with obese women not using MHT (7.2%) did not differ greatly from the estimated risk of women using oestrogen-only MHT (7.4%).

"If you want to change one health risk factor in women in Australia, it would be to reduce obesity," she says. "If obesity was a drug, we would be recommending people did not use it."

Both Prof Davis and Dr Worsley noted that the study offered no information on the impact of current recommended MHT treatments on breast cancer risk, nor did it address women's diverse symptoms and health risk profiles, whether they be risk of cardiovascular disease or osteoporosis, or debilitating menopausal symptoms.

"The study does not tell women whether to use hormone therapy or not," says Dr Worsley. "It's very important for women who are suffering from terrible hot flushes and night sweats to know that hormone therapy is available and it remains a safe option for many."

If women have concerns they should talk to their doctor, says Jean Hailes medical director and gynaecologist, Dr Elizabeth Farrell. "As women we are at risk of breast cancer and we should be looking at our other risk factors to see if we can modify them by being a healthy weight, consuming little alcohol and having regular exercise. Modification of these risks may reduce our breast cancer risk."