Many women don’t see it coming. Their periods start to get a little erratic. They wonder who suddenly turned up the heating in the office. Or why they’re suddenly waking up so much at night. Or getting migraines. Or forgetting what they were talking about halfway through a sentence.

These are just some of the many faces of the first – literal – flushes of perimenopause, the lead-up to menopause.

What is menopause and perimenopause?

Menopause is literally a woman’s final period. So, a woman won’t know she has reached menopause until she has gone 12 months without a period. However, it is the lead-up to this time – known as perimenopause – that can prove most debilitating to women, as the levels of the hormone oestrogen begin to decline, causing the onset of symptoms.

Jean Hailes endocrinologist Dr Rosie Worsley told the Broad Radio audience that the onset of menopausal symptoms can come as “quite a shock” to many women. “They don’t know what to expect because it really can be a whole range of things,” she said. “The typical ones you think about are hot flushes and night sweats, but it can be a whole lot of other symptoms as well, and sometimes those symptoms might start before they’re getting hot flushes, or sometimes they’re getting hot flushes and they’re not sure if those other symptoms are related – basically, pick any part of your body and menopause will affect that.”

When does all this happen?

She said the start of perimenopause was defined as “when your periods started varying by a week or more”.

“But the average length of duration of hot flushes is seven years. So, we’re talking about a long process,” she said. “And some women are flushing well into their 70s.”

Who does it happen to?

Every woman will go through menopause. And some will breeze through without a hint of symptoms, but at 20%, they’re in the minority. Most women – 60% – will have mild to moderate symptoms, while the remaining 20% will endure severe symptoms that significantly affect their quality of life. 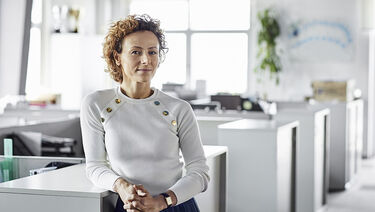 Jo Stanley said many listeners had sent in messages and comments saying they felt “dismissed” by their doctors when seeking help to manage their symptoms. Dr Worsley said this was “unfortunately a common experience”.

“I think it’s because medicine reflects the rest of society,” she said. “So, if we undervalue women and their experience, then what are we going to get out of our health system? Luckily there are a few good resources.”

Dr Worsley recommended the Jean Hailes and Australasian Menopause Society (AMS) websites. The AMS site has a Find a Doctor function that enables women to find doctors in every state and territory with a special interest in women’s midlife, menopausal health and healthy ageing.

Dr Worsley says not all women need treatment or therapies for menopausal symptoms; in fact, “some just need an explanation”.

“If they know what’s going on, then they can manage it,” she said. “Sometimes it’s the uncertainty, of ‘why is this happening, am I going crazy?’, and once you can say ‘it’s your hormones’, they feel comfortable with that.”

Many women can get by with lifestyle changes, such as getting more rest and sleep, doing some exercise, relaxation techniques. For others, some natural therapies can help. “Some of those herbal remedies do seem to help,” said Dr Worsley.

For people who find no relief from any of those measures, then menopausal hormone therapy – MHT, formerly known as hormonal replacement therapy, or HRT – “is extremely effective and very safe for most women”.

“But again, it depends on your individual circumstances”. 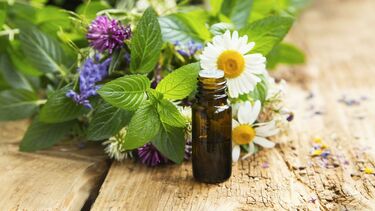 Women with a history of breast cancer are generally advised not to use MHT. A study in the US in 2002 that showed a link between hormone therapy and breast cancer – which was later found to be flawed in the way some of the data was gathered and reported – not only “scared off” doctors from prescribing it, but meant “a whole generation of doctors didn’t get taught how to do hormone therapy,” said Dr Worsley.

“There’s been so many studies and so many analyses, it’s confusing, even for doctors,” she said.

Dr Worsley said it was important to bear in mind that the studies that did show links between MHT and breast cancer were based on the older synthetic forms of HRT.

“We now have more modern [MHT] which we think is a lot lower risk, but we don’t have the huge-scale studies to say that … we’ve got large observational studies, which show they do seem to be safer, but they’re not randomised controlled trials, so are not considered as high quality evidence.

What is a randomised controlled trial (RCT)?

An RCT is a study in which participants are randomly put in one of two groups; one group that receives the treatment being tested, and another group – called the control group – that receives an alternative treatment, or a placebo (fake) treatment.

Weigh up the risks

Dr Worsley says MHT will be better suited to some women than others, but it was a matter of “weighing up the risks and benefits” with your doctor. “It depends on your individual risk of breast cancer, and then you’ve got to weigh it against the benefit, so what’s the benefit to you and your symptoms.”

“And the fact that it will reduce things like your risk of [bone] fractures, the risk of colon cancer, the risk of endometrial cancer … it’s very much an individual scenario, which is why it’s not a straightforward issue.”

Glimpsing a life after COVID