The menopause signals the end of major hormonal changes. Some women sail through with ease, while others endure daily symptoms that come and go. These hormonal fluctuations often start years before in the perimenopause, the lead-up time to menopause.

Perimenopause usually occurs in a woman's 40s, with onset of symptoms such as irregular periods, mood swings and sometimes hot flushes as a woman's ovaries begin to wind down, says Dr Elizabeth Farrell, gynaecologist and medical director of Jean Hailes for Women's Health. Women are born with around one million eggs in each ovary, and will ovulate 400-500 times during their reproductive years, says Dr Farrell.

"The mechanism of degeneration, where eggs (follicles) disappear seems to increase in the late 30s and speeds up in the 40s, so that by the time of a woman's final period, 'the menopause', there are no functioning follicles to keep the menstrual cycle going," she says.

With these hormonal shifts, symptoms such as hot flushes and night sweats, weight changes and sleep problems may occur. Bodily tissues also lose elasticity, which can affect continence, causing women to race to the toilet more often.

"Other factors may also have an impact, such as the number of eggs you are born with, the speed at which your follicles degenerate or the age they start rapid decline," explains Dr Farrell. Once menopause occurs, women may be at greater risk of health problems such as heart disease and bone loss due to loss of oestrogen.

Menopause hormone therapy, or MHT (formerly called hormone replacement therapy, or HRT) has been shown by many studies to provide relief from menopausal symptoms such as hot flushes. "It has also been shown to benefit cardiovascular function and help prevent osteoporosis while carrying low risk of breast cancer, venous thromboembolism and stroke in women," says Dr Farrell.

Unfortunately, due to some misreporting of data from the 2002 Women's Health Initiative trial, which wrongly suggested HRT caused a sharp rise in the incidence of breast cancer, millions of women around the world still avoid HRT/MHT in the mistaken belief it is unsafe. This may be causing an increase in osteoporosis and earlier death, for example, from heart disease.

"The global consensus among expert medical societies now is that HRT/MHT is low risk in healthy women aged 50-60," says Dr Farrell. "We would not recommend commencing MHT after 60 years of age, or after 10 years from menopause."

Some women are instead taking pharmacy compounded hormones, in the mistaken belief they are safer and more natural. "These compounded hormones are not approved by the Australian Therapeutic Goods Administration and there are no long-term studies to show their safety and effectiveness," Dr Farrell says.

Aside from MHT, there are other strategies that can help to reduce and relieve menopausal symptoms:

About 60% of women experience mild to moderate hot flushes and night sweats, while 20% are severely affected, and the other 20% not at all. Dr Farrell says flushing and sweating is due to falling oestrogen levels, which causes the narrowing of a woman's core temperature zone, called the thermoneutral zone (see diagram below).

"This means that flushing and sweating is triggered with a smaller rise in temperature," she says. "At the same time there is dilation of the peripheral blood vessels in the face and skin, which increases heat. When menopausal women are anxious or stressed they release slightly higher amounts of the stress hormone noradrenalin, which also provokes a hot flush." Lower oestrogen levels can leave skin feeling dry, tight or itchy, or give it a 'creepy crawly' sensation. 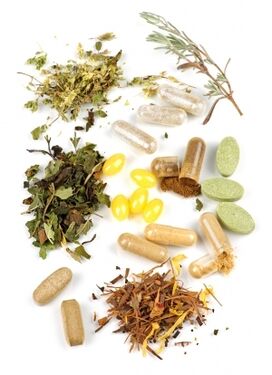 Jean Hailes naturopath, Sandra Villella explains. Wild yam, evening primrose oil and the traditional Chinese herb dong quai have not been shown to relieve hot flushes. Maca may be slightly effective, but that is based on small trials. Phytoestrogens from plants can mimic oestrogen in some women. Menopause symptoms improve in a third of women who eat dietary phytoestrogens equal to those in an Asian diet.

Good sources include soy foods, legumes (such as chickpeas and lentils), sprouts, flaxseed, oats, rice, barley and quinoa. Soy supplements should be avoided by those at high risk of breast cancer. Red clover taken over three months can help reduce hot flushes from 7-12 per day to 3-4 per day. Linseeds taken in a quantity of 25g (two tablespoons) can reduce vaginal dryness in postmenopausal women by 'plumping up' vaginal cells. Hops flowers contain phytoestrogens, which can reduce menopausal symptoms, including hot flushes.

Mid-life hormone changes can prompt anxiety and the blues. These mental health issues often kick in during perimenopause.

Research shows some women find their libido diminishes in the year before and after their final menstrual period. Reduced oestrogen, vaginal dryness and reduced pelvic floor bloodflow/muscle tone may play a role, as can work and family demands, relationship issues and ageing.

Fluctuating oestrogen levels during perimenopause may cause swollen, tender breasts. MHT/HRT may cause temporary side effects. 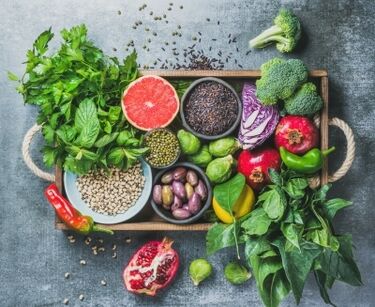 An increase in waist size can occur with ageing, as metabolism slows and oestrogen falls. Changes in appetite and stress hormones, which occur with lack of sleep and stress, can also increase tummy size. This increase leads to a greater risk of diabetes and heart disease.

Learn more about menopause and how to manage symptoms of menopause.

This article was originally published in vol. 2, 2017 of the Jean Hailes Magazine.