Financial wellbeing can have a direct impact on physical and emotional health. How do we achieve health from our head to our hip pocket? At some point in our lives, most of us will deal with money worries. But for a growing number of women, concern about their financial health is fuelling a surge in stress levels.

The gender pay gap remains a real issue for many women. In 2017, female undergraduates, outnumbered men at a ratio of 5:4, yet earnt a starting average annual salary of $59,000 compared to $60,100 by their male counterparts, according to figures from the Australian Bureau of Statistics (ABS).

The pattern continues until retirement, according to the same ABS report. Women of retirement age have 37% less superannuation than men of the same age. Much of this is due to women taking career breaks to have children, often returning to work part-time.

But while the long-term financial impacts of the pay gap are clear, evidence is also growing about its impact on women’s physical and mental health.

One study in the United States in 2015 found that women whose income was lower than their male counterparts had an almost 2.5 times higher risk of depression, and a four times higher risk of anxiety than the males. Another US study of data across three decades found accumulated financial strain was associated with a rapid decline in women’s health in mid and later life.

The positive side to this, then, is that the more financial control women have, the greater the likelihood of improved physical and mental health, particularly in later years.

The good news is, there’s a lot you can do now to put yourself in control of your finances.

And there’s certainly no better time to do it. The term ‘the pink recession’ has emerged as evidence points towards pandemic-related job losses affecting more women than men.

The president of the Australian Psychological Society (APA), Ros Knight, says that while APA members are reporting a surge in demand for their services since the arrival of the pandemic, financial stress was already a key driver for anxiety.

In repeated APA surveys, more than half the women interviewed reported financial issues as the main cause of their stress.

“That was consistent across the five years that we carried out the survey and we have no reason to believe that anything has changed since,” says Ms Knight. 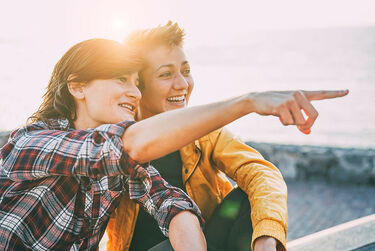 Tips to boost your financial health

Bianca Hartge-Hazelman, founder of Financy.com.au, a website dedicated to improving the economic wellbeing of women, gives her three tips.

Concern about their financial health is “part of almost every conversation I have with women,” says Jean Hailes psychologist Gillian Needleman.

Women who separate or divorce from a partner can find themselves hugely compromised financially. Ms Needleman says many women are not aware of the financial status within their marriages until they divorce, as their partners have managed the money.

“I see so many women who have been left disadvantaged by that sort of arrangement,” she says. “They are left depleted, economically and emotionally.

“There are also the women who walk away from marriages with nothing because they are traumatised as a result of relationship violence.”

However there are pathways, financial and emotional, to help women move through difficult times. The Women’s Information and Referral Exchange (WIRE) has information, advice and resources for women experiencing financial abuse (see Resources below).

It also helps to view the breakdown of an old world as opening a door to a new beginning and a new reality.

“Quell the anxiety,” says Ms Needleman. “Put a different lens on your life. There are pathways.” 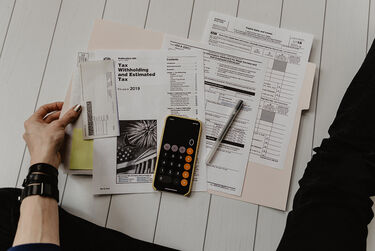 No one has been untouched by COVID-19. It is important to recognise the signs of emotional or mental distress. Indicators might include feeling low or anxious, lethargy, or having difficulty in sleeping. If you’re not sure, try the Beyond Blue Anxiety and Depression Checklist, a confidential online quiz.

The organisation’s online forums, which cover a range of themes including stress and debt, allow people to share their experiences with one another. Or talk to your GP about how you’re feeling and ways they might be able to help you.

A time to grow

Kristin Hartnett, one of 130 financial planners with the Salvation Army, says it is critical to reduce debt, especially high-interest debt. Now is a good time to do so, because the environment is receptive and understanding, she says.

“The first step is to make a list of what you owe,” says Ms Hartnett. “Contact the people or institutions you owe money to and ask what provisions they have under COVID or hardship. We know that banks are being supportive, but the interest is still adding up.”

Given the quick response by state and federal governments in putting support packages in place, many people have experienced a ‘financial honeymoon’, which makes now the “ideal time to organise your finances and prepare for the future”, says Ms Hartnett.

The Salvation Army’s financial counsellors are available to help, she says.

It’s important for people to know they are not alone and we’re here to help. There is no shame in asking for help with your money. 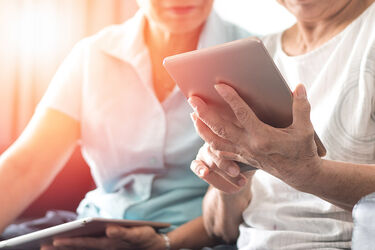 She suggests checking in with a financial planner, just as you would your GP.

“My encouragement to other women out there is to seek advice from the day you receive your first pay packet,” says Ms Hughes. “It is never too late, and it is never too early to build good financial habits.”

In these leaner times, Ms Hughes urges women to “take ownership” of their finances. “Track your spending,” she says. “Review your monthly debits. Get rid of unnecessary subscriptions. Limit [takeaway food], do more home cooking. Look at your fixed expenses – everything you pay on a regular basis and see if there are ways to reduce those costs.”

Financial planner Anne Graham agrees. She says it’s important to work out how and where you are spending money.

The impact of the pandemic has highlighted the need to have savings or an emergency fund. If possible, she recommends saving $20 a week. “Once it becomes a habit, it becomes natural,” she says.

For some people, the pandemic may offer the chance to press ‘reset’ on their financial habits; this is certainly true for younger women, who are more inclined to focus on today rather than tomorrow. The financial realities of COVID-19 have made many millennials question the acronyms that once defined them: YOLO (you only live once) and FOMO (fear of missing out).

“You are talking about a generation that has never experienced such significant world changes,” says Victoria Devine, a financial advisor and founder of ‘She’s On the Money’, an online platform of over 85,000 users, mostly women.

The present reality has forced millennials to re-evaluate their relationship with money, with many now understanding the value of savings, of having an emergency fund for when times are tough. But this holds true for women of all ages.

“Communication in my community has increased by 178% in the past month [to July],” says Ms Devine. “Much of the talk is about people needing to get it together and pulling their finances into order.”