Fertility clock – not just for females 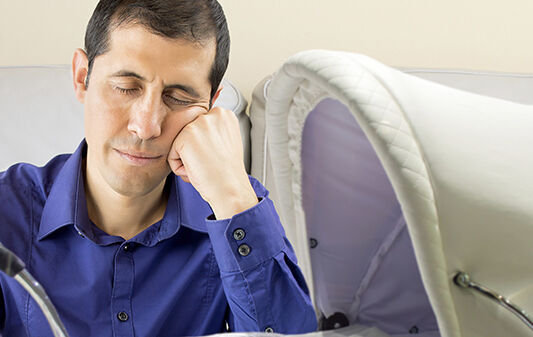 Research finds the older the father, the higher the risk of poor health for the mother and baby at birth.

The effects of a mother's older age on a newborn baby's health outcomes have been well studied. However, research from the United States has also confirmed a link between older fathers and negative effects on both a mother and baby's health.

Researchers from Stanford University's School of Medicine in California analysed data from more than 40.5 million live births between 2007 and 2016, to determine the effect of a father's age on the health of the baby and mother.

The results, which were published in The British Medical Journal, show that 13% of premature births, 15% of low birth weight infants, and 15% of admissions to a neonatal intensive care unit were due to the increase in number of fathers older than 45 years. In relation to the mothers, it was found that 18% of gestational diabetes diagnoses were also attributable to these older fathers.

Although this study took place in the US, where the average age of parents has been increasing for the past 40 years, these patterns are mirrored in Australia.

Australian Bureau of Statistics data shows there has been an upward trend since the 1970s in the age of first-time parents. The current median age of first-time mothers and fathers is now 31 and 33 years respectively.

Senior Research Fellow in the School of Public Health and Preventive Medicine at Monash University, Dr Karin Hammarberg, says there is now a significant body of research around the negative effects of increasing parental age, particularly regarding the risks of infertility, gestational diabetes, pre-eclampsia, and caesarean delivery.

"This study is important because it shifts the lens from maternal to paternal age and confirms that there is a relationship between the age of the father and resulting poorer health for the baby and mother," she says.