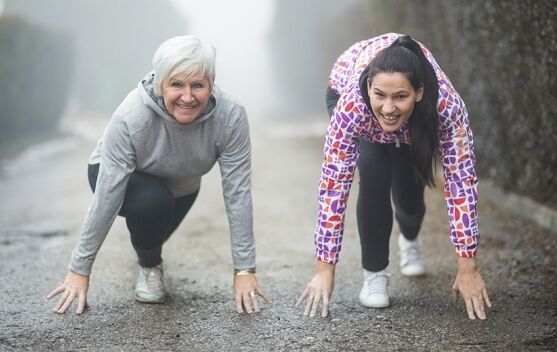 Exercise may be associated with small but significant improvements in the brain function of elderly people who have existing problems with memory and thinking, a newly published study has shown.

The study involved people with vascular cognitive impairment, a condition in which damage to blood vessels in the brain results in memory and thinking problems. It is the second-most common cause of dementia after Alzheimer's disease.

The study was recently published in the online edition of Neurology, a medical journal published by the American Academy of Neurology. The study author, Dr Teresa Liu-Ambrose, PhD, of the University of British Columbia, Vancouver, was keen to discover if exercise could benefit those already diagnosed with a neurological condition by either improving their condition or preventing it from worsening.

Jean Hailes endocrinologist Dr Sonia Davison says there had been "considerable interest in the relationship between exercise and brain function, with previous studies suggesting that exercise in healthy people can help maintain brain function."

However, few studies had examined the potential benefits that exercise could bring to people already diagnosed with memory problems.

"The exciting information from this study is that even when there was existing brain function decline, regular exercise improved thinking skills. Even though the increase was small, this is still encouraging news," Dr Davison says.

The study involved a group of 70 people with mild vascular cognitive impairment – due to causes such as heart disease, high blood pressure, strokes or mini-strokes – and an average age of 74 years.

One half of the group did a one-hour exercise class three times per week for six months, while the other group did not exercise, but instead were given information about vascular cognitive impairment and healthy diet.

All of the participants were tested on how well they completed daily activities, overall thinking skills and functional skills such as organising and planning. Each group was tested before the study, after it and then six months later.

"Blood pressure is a factor in developing cognitive vascular impairment, so this is an important benefit," said Dr Davison.

There was no difference in the two groups on tests for daily activities or functional skills six months after the study.

Dr Davison says the important message for people to take from the study was that exercise may help brain function. "This is important when we know that the risk of dementia doubles after the age of 65 years and that we are, as a nation, living longer."

Dr Davison says other useful strategies for maintaining brain function were thought to include a healthy diet including leafy green vegetables, avoiding excessive alcohol intake and smoking, learning new skills such as crosswords or a new language, and maintaining blood pressure, blood glucose and cholesterol within target ranges.

Read more about the benefits of physical activity or learn about foods that can improve memory and mind.