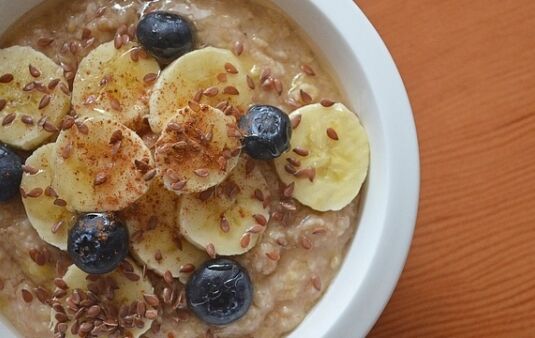 The health-giving properties of oats have been known for decades, elevating the humble bowl of porridge to almost 'superfood' status. Consuming oats has been shown to have a range of health benefits, but the most widely known is its ability to reduce a person's cholesterol and, in turn, their risk of cardiovascular disease.

A person's level of low-density lipoprotein (LDL), or 'bad' cholesterol, is used to assess their cardiovascular risk. Basically, the higher the LDL count, the higher the risk of heart disease.

However, there is now growing evidence that two other markers can be used to assess this risk more accurately: these markers are non-HDL cholesterol and apolipoprotein B (also known as apoB), a lipoprotein that has been found to carry LDL cholesterol in our blood.

A recently published study in the British Journal of Nutrition suggested that beta-glucan, a soluble fibre found in oats, may be the main player in the health benefits of oats.

The Canadian study analysed the results of 58 clinical trials involving almost 4000 people worldwide. It assessed the effects that a diet enriched in oat beta-glucan had on these three markers – LDL cholesterol, non-HDL cholesterol and apoB – compared to controlled diets.

The results showed that a diet enriched with 3.5 grams of beta-glucan fibre from oats – obtained from 2-3 daily portions of oat-based foods such as breads, cereals, crackers or cereal bars – had a small but significant effect on reducing all three markers. The total reduction in LDL cholesterol was 4.2%, the drop in apoB was 2.3% and non-HDL cholesterol 4.8% over an average of 5 to 6 weeks.

Jean Hailes dietitian Anna Waldron believes this study is a real boost for oats. "This paper supports the previously known information that regularly including oats in your diet reduces LDL cholesterol," says Anna. "However, it also highlights the effect of beta-glucan on other more recently recognised markers of cardiovascular disease."

Anna encourages women of all ages to reap the benefits of this research. "It's easy to include oats in your diet each day, but it's especially important if you have high cholesterol," says Anna. "Oats are the perfect breakfast. They give you a great energy boost, reduce blood glucose levels and have been found to help lower blood pressure as well as lower cholesterol levels."

Anna suggests adding a couple of spoonfuls of oats to your smoothie before you blitz it, or to your soup as you cook it, or to crumble, bread and cake mixes. Of course, porridge and muesli are both delicious and easy ways to get your daily fix.

To get some great oats recipes and ideas, visit the Jean Hailes Kitchen.