Alcohol and your health – is it time to rethink the drink? 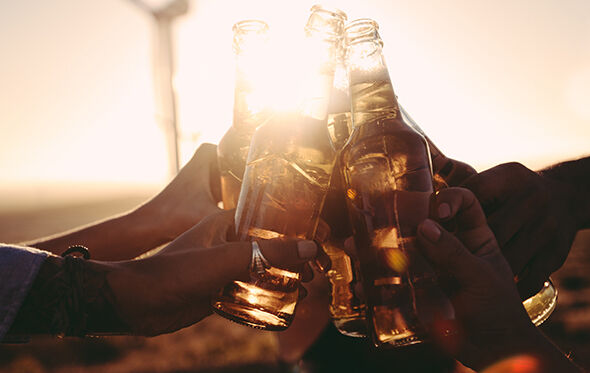 As more research links alcohol with ill-health, is it closing time on Australia's love affair with booze?

During Australia's penal era, more alcohol was consumed per person than at any other time in history. Rum was even used as currency. Today things are different. The Australian Bureau of Statistics says that Australians are drinking at the lowest level in 50 years, amounting to around 2.6 standard drinks per person per day.

Yet the recent headlines about alcohol have been … well … rather sobering. The largest ever study to assess alcohol and disease has concluded that there is no safe level of drinking alcohol. This news is especially worrying for women, given that alcohol is more toxic to women than men, and takes longer to process. This is due to the smaller percentage of water in a woman's body, and because the protein that breaks down alcohol is produced in smaller quantities in smaller livers.

The study, published in the international medical journal The Lancet, showed that three million deaths globally were due to alcohol use in 2016. The findings mirror other studies which link alcohol with premature death, heart disease, and cancer, particularly breast cancer. In Australia alone, more than 5500 lives are lost every year due to alcohol use.

Jean Hailes endocrinologist Dr Sonia Davison says there is a lot of debate about what is 'safe' alcohol use and the study reinforces the overall message "that zero alcohol intake is safest".

The 2018 Jean Hailes women's health survey, which surveyed more than 15,200 women across Australia about their health, revealed that 9.5% of women drink alcohol every day. Of this, 13.7% of women aged over 50 reported drinking alcohol daily, compared to 2.2% of women aged 18-35.

A 2018 poll by the Foundation for Alcohol Research and Education found 45% of Australian drinkers consume alcohol to get drunk, and – not surprisingly – that 73% of people believe that excess drinking is a problem in Australia.

Dr Davison believes that despite the potential harm, it's not realistic to advise women to stop drinking entirely. Instead, she says "we should educate about responsible alcohol consumption – drinking within the recommended limits."

Guidelines and standard drinks vary around the world. A standard drink in Australia is defined as 10g of alcohol. This equates to a 100mL glass of wine. However, many restaurants and pubs will pour at least 150mL in a regular serve, making it more difficult to keep track.

In the UK, a standard drink is 8g of alcohol. The UK's guidelines are now set at six glasses per week, while the recommended limits in Italy, Portugal, and Spain are about 50% higher.

The 2009 Australian Alcohol Guidelines are currently under review by the Australian Government's National Health and Medical Research Council (NHMRC) and due for release in 2020.

While drinking alcohol doesn't automatically mean you will get breast cancer, research shows that the more you drink, the greater your risk. Women who drink one standard glass of alcohol each day have a 7% greater risk of breast cancer when compared to women who don't drink. Alcohol use is believed to cause 6% of breast cancer cases each year in Australia. Although the exact link is not fully understood, it is known that:

How to reduce home drinking

"Drinking is woven into the fabric of society in Australia," says Jean Hailes psychologist Gillian Needleman.

"Home drinking, in particular, is both a common occurrence and a challenging habit to change – especially if it is the 'circuit breaker' or daily ritual used to transition from work to relaxation mode," she says. "If you would like to curb your drinking, however, you should feel confident you can make it happen."

Anyone concerned about their drinking can talk to their local GP or other health professional for support. Ms Needleman also asks her clients to consider the following when planning for change.

Segment the week. Keep your weekdays alcohol-free, so that you can enjoy a couple of drinks on the weekend.

Ms Needleman says those wishing to reduce their drinking may feel a bit fearful. But it doesn't need to be that way, she says. "A lot of women report how wonderful they feel once they reduce their intake," says Ms Needleman.

"Many will have been unaware of the pervasive effect alcohol has been having on their mood, weight, motivation, and overall functioning."

"It may be hard at first, but if you make it fun and reward yourself in other ways, in time you'll find your new routine and a new lease of life."

This article was originally published in Volume 1, 2019 of the Jean Hailes Magazine.