A new research study for women with primary ovarian insufficiency An estimated 4% of women in Australia experience a loss of function of their ovaries before the age of 40, leading to bone loss and negative impacts on their sexual health. A new research study hopes to help them.

Primary ovarian insufficiency (POI) is a serious and often neglected condition that can affect women both physically and emotionally.

Without treatment, the condition causes progressive bone loss that leads to osteoporosis (weak bones prone to fracture), and increases the risk of cardiovascular (heart and blood vessel) disease.

POI can also affect a woman’s sex life, causing painful sex or decreased libido (sex-drive), which can then impact not just their own lives but also the people close to them.

Researchers are about to launch a new trial that aims to prevent bone loss and improve sexual health for women with POI.

POI is a type of early menopause; a loss of function of the ovaries by the age of 40, according to Susan Davis AO, Professor of Women’s Health in the School of Public Health and Preventive Medicine at Monash University, who is leading the research team. 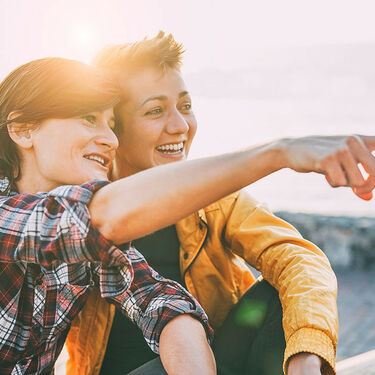 Take part in the research study

Read on below and email womens.health@monash.edu.

What are the risk factors of POI?

The strongest risk factor, she says, is a family history of early menopause. Having a first-degree relative, such as a mother or sister, who had an early menopause increases the risk of POI by six to 12-fold .

Some genetic conditions put women at higher risk for POI; one of the most common of these is Turner’s Syndrome, a chromosomal disorder in which a female is born with only one X chromosome.

An estimated 10% of women who have POI will also have an autoimmune condition such as Addison’s disease (loss of adrenal function) or an under-active thyroid.

There is no screening test available to predict the onset of POI, but tests can be carried out to support doctors and health professionals in their diagnosis and management of the condition.

What are the signs and symptoms of POI?

The main sign of POI is missed periods. Prof Davis says that any woman who experiences three months of not bleeding (and is not pregnant) should be investigated.

Not all women with POI will have obvious menopausal symptoms like hot flushes, vaginal dryness, or night sweats. The reason for this is not known.

Prof Davis says that women with undiagnosed POI often seek medical help because of issues with infertility, and tests will typically show them to be on the verge of their period stopping. It is at this point that many women are diagnosed with POI.

Treatment and management of POI

Menopausal hormone therapy (MHT), formerly known as hormone replacement therapy (HRT), plays a crucial role in managing the health of women diagnosed with POI. Prof Davis says that studies have shown that if a woman goes through menopause before the age of 45, she is at risk of premature heart disease, premature osteoporosis, and premature death.

However, evidence also shows that if she is on MHT up until the average age of menopause, those risks are reversed.

“There is universal agreement that unless a woman has had an oestrogen-dependent cancer, all women with POI should be put on MHT, at least until the average age of menopause – aged 50 to 51,” she says.

POI can occur anytime up to the age of 40. An early menopause by definition, occurs between the ages of 40 to 45; a natural menopause is defined as menopause after the age of 45years.

What are the mental and emotional impacts for women with POI?

The mental and emotional fallout of POI is quite considerable, says Prof Davis. “Women who would like to start a family have to deal with the psychological effects of infertility,” she explains. “There’s also a sense of not being like other people. Women can find it quite a shock that their ovaries are not working.

“Oestrogen depletion can cause anxiety and depression and it’s difficult to say how much is due to hormone loss or the impact of the diagnosis.

“If you are single and not partnered, it also has implications. A potential partner might not cope with the fact that a woman is infertile. It does impact relationships.”

Prof Davis adds that most women affected by POI experience negative impacts on their sexual health; vulval and/or vaginal dryness (resulting in painful sex) and a decreased libido are some of the most common. In addition, women have consistently reported how their sexual difficulties have caused tension and disharmony in their relationships.

What do women with POI need to know?

It is critical for women with POI to be on MHT to protect their bones and their cardiovascular system. The onset of this early menopause can negatively impact a woman’s health on both health fronts.

Prof Davis emphasises that this does not increase their risk of breast cancer compared with women who are still premenopausal.

She says because many of the women with POI do not have some of the more obvious symptoms of menopause such as hot flushes, diagnosis and treatment can be either delayed or neglected.

“The fact is that it’s impacting their bone and heart health but the effects don’t become manifest for many years later,” she explains

What you should do

If your period has stopped for three or more months, it’s important to see your doctor and have a blood test to investigate the cause. While a diagnosis of POI might not immediately be clear, the blood test may reveal the warning signs of low oestrogen and high pituitary hormones (hormones such as FSH and LH made in the pituitary gland in the brain).

Prof Davis is leading a clinical trial to better understand aspects of POI. The researchers hope it will lead to prevention of bone loss and restoration of sexual health.

The study is taking place at three locations – the Women’s Health Research Program at the Alfred Hospital and Monash Health, Clayton (both in Melbourne) as well as the Perth Keogh Institute, WA. Women nearby to these areas are encouraged to be involved.

Recruitment will begin in January 2022.

How you can participate

If you are under 45 years old and have been diagnosed with POI by your doctor, you can participate. You will need to have received oestrogen therapy on a consistent dose for at least three months. Women with POI resulting from chemotherapy are not suited to this research.

For more information or to be involved in the trial, you can email womens.health@monash.edu.