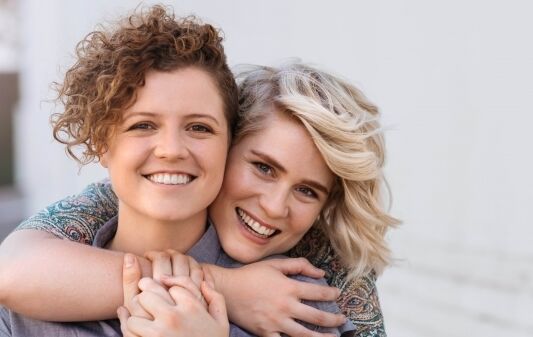 Jean Hailes is proud to provide a bimonthly column in the medical newspaper, Medical Observer. Designed to give GPs and health professionals a short informative summary of important women's health topics and conditions, these articles provide practical information to inform and enhance clinical practice.

Asking the right questions is key to providing healthcare sensitive to sexual orientation.

About 2% of Australian adults identify as lesbian, gay or bisexual. There is a spectrum of ways people define themselves and a spectrum of behaviours. Some 6-8% report lifetime same sex behaviour and 7-15% report same sex attraction.1 These groups represent a significant percentage of the Australian population.

While all individuals should have access to quality healthcare and appropriate interpersonal and clinical care, research shows that people who identify as lesbian, gay, bisexual, trans, intersex or queer (LGBTIQ+) may experience health inequalities. These can be made worse by difficulties accessing culturally sensitive healthcare.2

Poorer mental health and suicidal behaviours are experienced by a disproportionate number of LGBTIQ+ women compared with other women. This is directly linked to the stigma, prejudice, discrimination and abuse they experience because of their sexual orientation.

Many GPs have not received training specific to LGBTIQ+ patients but they can become more informed and better equipped to do so. Patients can be reassured by simple measures such as the use of gender-neutral words on forms and in conversations, and having LGBTIQ+-friendly posters displayed in waiting rooms. In addition, sensitive inquiry regarding mental health and health checks can help to provide
appropriate care.

A systematic review of the healthcare experiences of patients who identified as LGBTIQ+ women found these to be "generally poor".2

There are many reasons why this would be the case. Medical practitioners may assume a patient is heterosexual, which can affect the ability to form an effective doctor-patient relationship.

Also, many people experience a spectrum of sexuality throughout their lifetime and this must be taken into account.

Communication barriers in the form of provider discomfort, silencing of disclosure and pathologising can limit a patient's ability to have an open and honest discussion.

Other barriers include poor provider knowledge, a lack of LGBTIQ+-specific resources and referral networks, and poor health-seeking behaviours, especially with screening.

It is important to avoid viewing LGBTIQ+ as a single category, as this can hamper appropriate healthcare.

There are several different demographics, with individual histories and needs, with some overlap between groups.3

The General Practice and Primary Health Care Academic Centre at the University of Melbourne has produced an excellent guide to sensitive care for lesbian, gay and bisexual patients that is endorsed by the Royal Australasian College of Physicians.

It suggests the following:

In general, LGBTIQ+ people expect GPs to ask about their sexual orientation and do not feel it is an invasion of privacy.

It is ideal to ask early in the GP-patient relationship. A neutral answer may mean that the person needs more time. Always assure the patient of confidentiality of anything discussed.

To probe for discrimination-related health issues

If referring to a support group

Research shows that people who identify as LGBTIQ+ may experience health inequalities.