Misplaced keys, name-blanks, forgotten groceries – we are all familiar with memory glitches.

How do we explain these moments? There are many causes of poor memory such as stress, ageing, illness, menopause or something more serious, like the onset of Alzheimer’s and dementia. There are many strategies to help with memory including staying mentally and physically active, using organisational tools like a calendar or special notebook, and mnemonics – word plays and rhymes.

Forgetting can be the result of a glitch at any one of these steps. 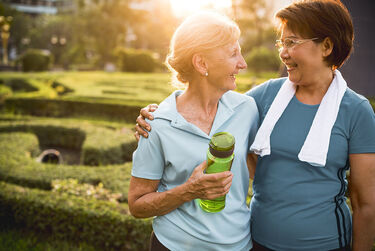 What affects your memory health?

Anything that affects physical health will affect thinking ability:

Perimenopause (when periods start to become irregular, and menopause symptoms begin) is known to be a time of memory lapses, poor concentration and ‘foggy’ thinking. Sixty per cent of women report memory complaints with menopause.

Some studies have linked a chemical imbalance (a drop in oestrogen) with memory and verbal function changes at this stage of a woman’s life. However, there are many other potentially stressful issues happening at the same time that need to be considered. Coping with teenagers, ageing parents with health problems, work, hot flushes, disturbed sleep, lack of libido and the effects of that on your relationship. These are all part of the context of your life stage and can certainly affect your memory.

A pilot study conducted by Jean Hailes endocrinologist Dr Sonia Davidson[1, found that treatment of postmenopausal women with testosterone for six months improved memory and learning ability. This was a small study, but it may be that testosterone helped with menopause symptoms which in turn improved quality of life and memory or there may be a direct effect on memory. More understanding on this method is needed.

The ability to pay attention and focus on more than one thing at a time decreases with age. "With increasing age there are changes in the brain's blood supply and mass, as well as the richness of interconnections between nerve cells," senior lecturer of psychology at Adelaide University Lynn Ward explains. "These changes affect the speed of our mental operations. It takes more effort to learn new things and longer time to process and recall information."

A change in your memory does not mean you have dementia. As the brain naturally ages it becomes more difficult to learn and retain new information, but most complex skills are not lost. Dementia is not a normal part of ageing.

It is defined as an acquired global impairment of intellect, memory and personality without impairment of consciousness. Dementia is regarded as a syndrome and not a specific diagnosis in itself. Dementia is a collection of diseases affecting the brain. It is often seen just as a loss of memory but it can affect thinking, behaviour and ability to perform tasks. This can interfere with the normal social and working life.

It is now the third leading cause of death in Australia, and as the population ages we will see more people with dementia.

Dementia can happen to anybody, but is more common after the age of 65. Just because a parent has had dementia, it does not mean that you will too.

There are a number of different types of dementia including:

Other neurological diseases can also have dementia associated with them. These include:

It is important to be assessed by a doctor or geriatrician for a proper diagnosis, as there are other conditions which can appear like dementia but get better with the right treatment. These may include depression, medication side effects, infection or vitamin/hormone deficiencies.

What are the signs of dementia?

The early signs of dementia are often subtle and vague and can sometimes be confused for other conditions. The most obvious clue to dementia is increasingly frequent memory difficulties particularly with things you used to be good at. Some common symptoms are:

The following memory problems are not 'normal' and need to be investigated:

If more than one of the above applies to you or a family member, seek the advice of your doctor.

The following may increase the chance of developing dementia:

The best strategy to improve your memory and prevent memory loss is to do a range of things. Recent studies have shown activities that involve two or more components of physical, social and mental activity are better for your memory than doing one.

Food for your brain - video

Jean Hailes naturopath and herbalist Sandra Villella talks about some foods that are great for the brain and cognitive function.

Where to get help and further information

First see your doctor to check if there are medical causes for your sense of memory loss. You may be referred to a geriatrician, neurologist or memory clinic for a formal assessment.