Vitamin D has many important roles in the body including helping with calcium absorption, cell growth and maintaining a healthy immune system to fight disease and illness. 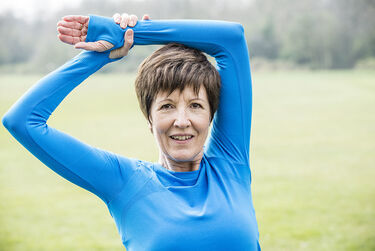 The importance of vitamin D

Vitamin D is essential for bone health. It helps increase the absorption of calcium from the stomach, regulates the amount of calcium in the blood and strengthens the skeleton.

The main source of vitamin D is production in the skin after exposure to sunlight. Small amounts of vitamin D are available in some foods. For vitamin D to work effectively it needs to be activated by the liver and kidney, which then turns it into a hormone.

Vitamin D has many roles within the body. The most understood role is its ability to help the body absorb calcium and phosphorus and vitamin D also assists with:

Vitamin D deficiency is a common condition in Australia, affecting a large number of women.

The body's main source of vitamin D comes from the skin being exposed to UV radiation in sunlight. When sunlight hits the skin, it reacts with a cholesterol-like substance and produces vitamin D. The amount of sun exposure needed depends on your skin colour, where you live and the time of year.

Even though Australia has one of the highest UV radiation levels in the world and is well known for its abundance of sunshine, research has found many people are deficient in vitamin D because of the amount of time they spend indoors.

Those at most risk of having a vitamin D deficiency include:

Vitamin D levels are seasonal and fall in the winter and early spring when people are less likely to be outdoors.

How do you know what your vitamin D level is?

Vitamin D levels can be measured through a simple blood test.

Where to get vitamin D

Usually 10-15 min exposure to outdoor sun per day is necessary for the production of adequate vitamin D.
As a general guide expose face, arms, hands or legs for:

Check the map of Australia for guidelines on the recommended amount of sun exposure based on your location, the season and your skin pigmentation.

You can get daily updates on the UV index at: sunsmart.com.au

Dietary sources of vitamin D are limited and can come from:

It is very hard to get adequate amounts of vitamin D from these sources alone.

For the elderly who are in care, taking additional vitamin D supplements and calcium supplements may reduce the incidence of fracture[1].

Get your doctor's advice about whether to take a vitamin D supplement after you have been tested.

What you need to know