There are many reasons a woman may have difficulty becoming pregnant. There are a number of things you can do to increase the likelihood of becoming pregnant including lifestyle changes, surgery, hormone treatment and Assisted Reproductive Technology (ART).

Whatever treatment you decide upon, it is very important you have a discussion with your doctor about what the proposed treatment involves physically, emotionally and financially and what chance of success you can expect.

The following are some of the ways used to help with infertility.

Small reductions in weight can assist with fertility, so if you are above a healthy weight, weight management and physical activity is the first treatment option. Even a 5-10% loss of weight has been shown to greatly improve the chances of becoming pregnant [1]. Nutrition and exercise will play an important role in weight management.

Ovulation induction is designed to stimulate the ovary to increase egg production. Ovulation induction uses tablets or injections over a period of time. Ultrasounds and blood tests are performed to determine the best time to trigger ovulation using a hormone called HCG. Once ovulation has been triggered, semen is introduced either by sexual intercourse or intra-uterine insemination when collected semen is placed directly into the uterus through the cervix.

Ovulation induction is not recommended for women who have a BMI greater than 35.

Clomiphene (Clomid) is a tablet that is the most common medication used in Australia for ovulation induction. It is often recommended as the first option for improving fertility in women with polycystic ovary syndrome (PCOS) who are infertile and do not ovulate.

Metformin can be used for treating infertility in women with PCOS who don't ovulate and who have no other reasons for infertility.

Gonadotrophins are hormones involved in regulating ovulation such as:

A surgical procedure that may increase ovulation in PCOS. It is a minimally invasive procedure where an incision is made in the abdomen under a general anaesthetic and via the laparoscope small holes are drilled in the surface of the ovary. Following ovarian drilling, ovulation is often restored for up to 6-12 months.

As surgery is a more intensive treatment than taking medication or lifestyle treatment, ovarian drilling is not commonly used and is mostly used after other lifestyle or medical treatment has not helped.

It is rare these days because of assisted reproductive technologies (ART).

Putting dye through the fallopian tube either under anaesthetic or during ultrasound. 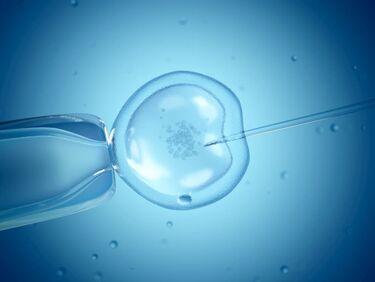 For women who have not been able to conceive naturally or by using medications or lifestyle treatment to improve their fertility, another option is assisted reproductive technology. This includes treatments such as in vitro fertilisation (IVF). Referral to a fertility specialist is necessary for these treatments.

You will find helpful information on ART on the VARTA website at varta.org.au/reproductive-treatment, including: